After a brief sojourn at home following our return from Germany, my wife and I headed out for another vacation--this time to Arizona. Although we had taken a marvelous Road Scholar tour last year through northern Arizona, there were still places/things left to be seen/done. So, we went back, but on our own. The ‘red rock country’ of Sedona was our first prolonged stop. The top image was shot from our balcony -- of course, we did not always catch such an awesome sky, as is evident from the lower image. That was shot in the early morning as we were driving toward Cathedral Rock [it consists of two massive rocks and two or three narrow vertical rock spires in between them]. As we came around a bend, I was stunned by the fog shroud in the distance. I had to pull over, get out and start shooting. This is the image I like best; and it is not typical of those you see of Cathedral Rock, perhaps the most photographed site in the Sedona area. Anyway, I will post more images from Arizona in the coming weeks. 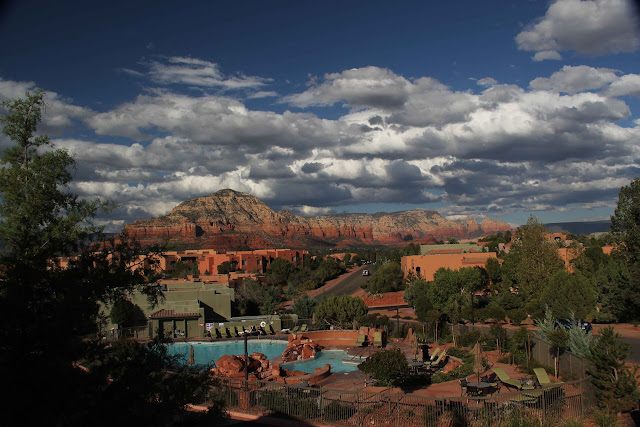 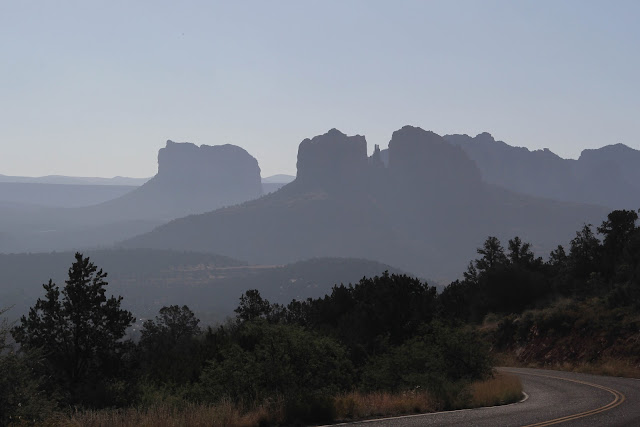 Fabulous skies! Thanks for sharing!
-your latest follower

I have always wanted to visit Sedona! Terrific shots and that looks like a great resort!

Thank you all for your visits and comments!