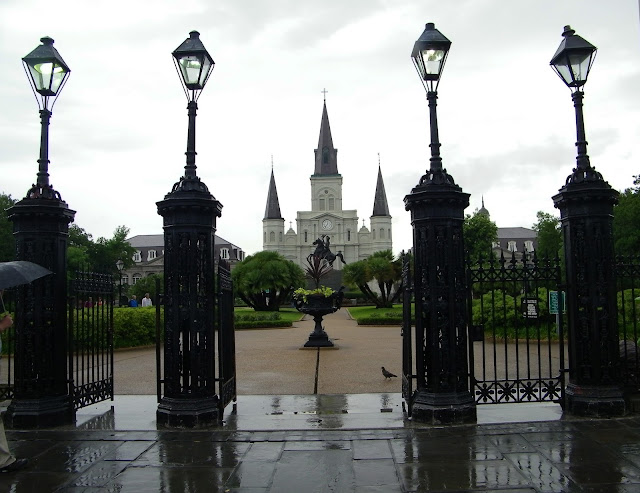 The rain and clouds couldn't dampen our spirits as we strolled through New Orleans' Jackson Square. The week we spent there last Fall was one of our nicer [domestic] vacations. The French Quarter was virtually unscathed by Hurricane Katrina, so we took the opportunity to pay homage to 'Nawlins'. Lots to see, eat and hear there!!!
Posted by Photos by Stan at 4:57 PM 8 comments: 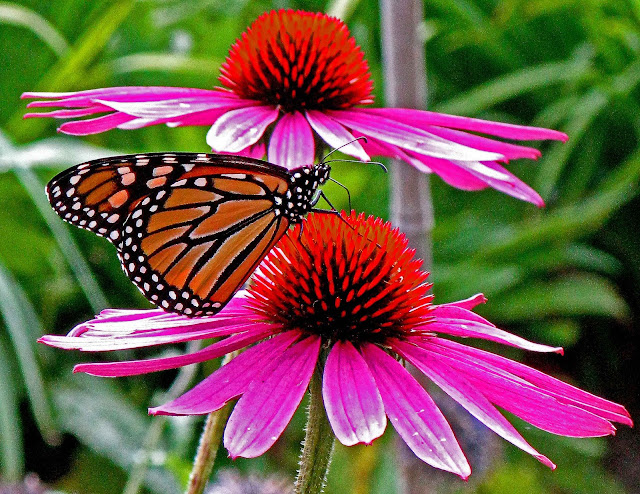 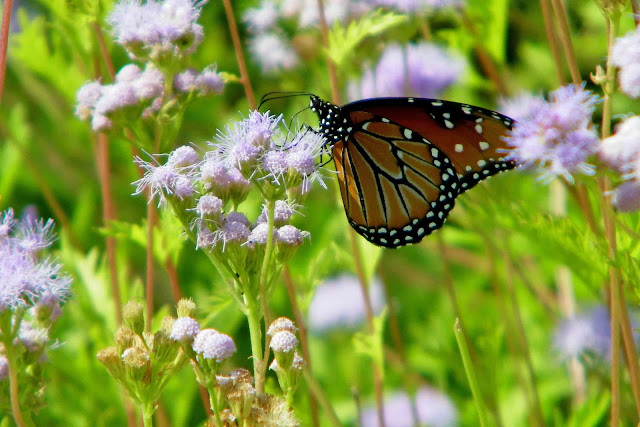 This was one busy butterfly -- still, I caught it flitting about. Considering that it was fairly windy at the time, I was lucky to have avoided motion blur--
Posted by Photos by Stan at 9:55 PM 9 comments: 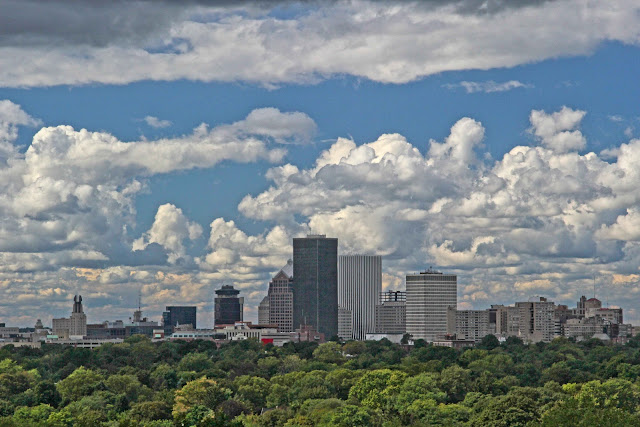 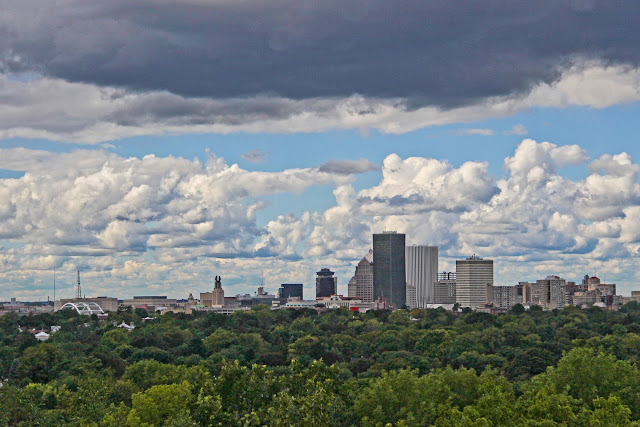 Last week we had one day of the most amazing clouds. It dawned on me in mid to late afternoon to get off my duff and get my camera. I guessed right that the sky over the city would be most picturesque from  atop Cobbs Hill, the highest point in the surrounding area. Although several miles from downtown, the telephoto lens brought the cityscape close enough. The polarizing filter was dialed in nicely --
Posted by Photos by Stan at 7:26 PM 13 comments: 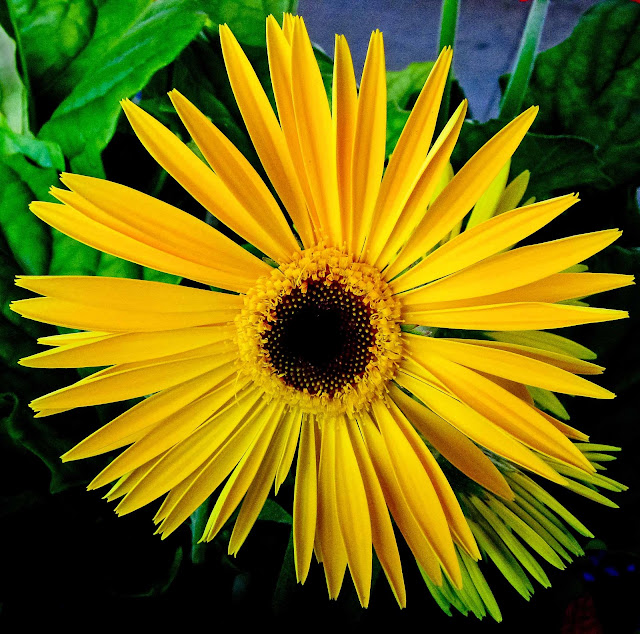 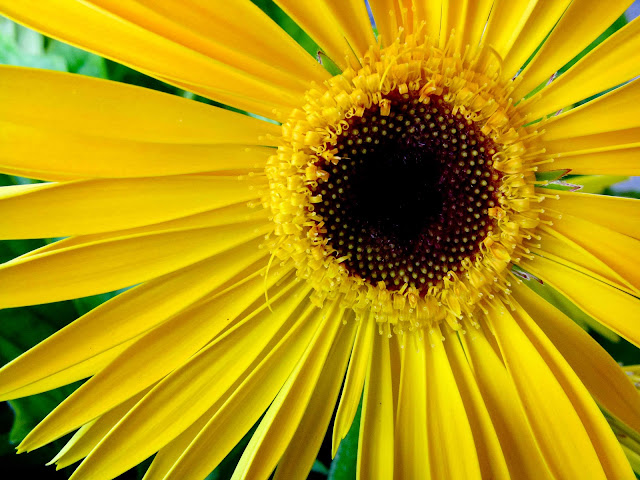 There's little to be said -- here's a flower that always brings a smile to your face.
Posted by Photos by Stan at 10:50 PM 14 comments: 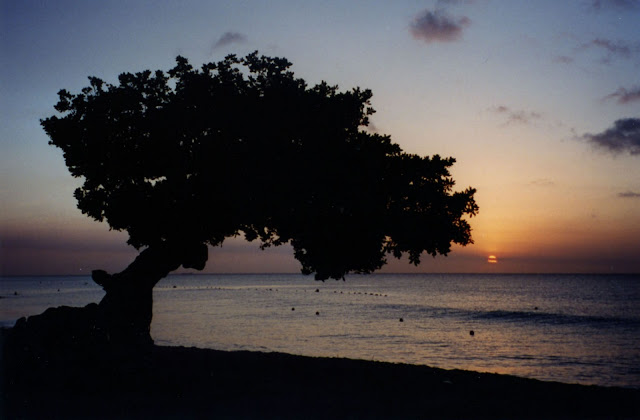 Aruba is one of our favorite vacation spots. Beautiful beaches, lovely sunsets, fine restaurants and friendly people. One of the distinctive features on the landscape is the divi tree, supposedly bent under the influence of the constant trade winds -- whatever--- but, sure is nice to photograph!
Posted by Photos by Stan at 10:36 PM 12 comments: 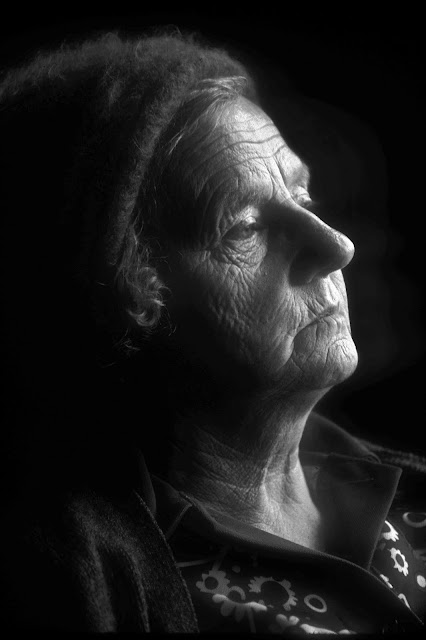 I thought I'd depart from my macro-floral and color shots and post something different. Before commenting on this image, I apologize both for my lack of due diligence in following and in posting to my usual sites. A little 'burn out' --- Back to point. This image was originally on a Kodachrome slide [shot in 1982] shot when I was traveling from Edinburgh to Nethybridge, Scotland by train. Diagonally across the aisle sat this lady with a marvelously photogenic face; she gazed pensively out the window [which provided superb side-lighting] unaware of my presence. I took just one shot with my Canon F1. Weeks later the developed slides came back and I was quite pleased with the result. Some thirty years later, after scanning and digitizing many of those old slides, I resurrected this image [actually quite nice in color]. But, I thought it would also lend itself to B & W, so I made the conversion. I hope you enjot it as much as I do -- such amazing character in this expression. So many different stories can be conjured up about what she is thinking about!!!
Posted by Photos by Stan at 4:04 PM 7 comments: 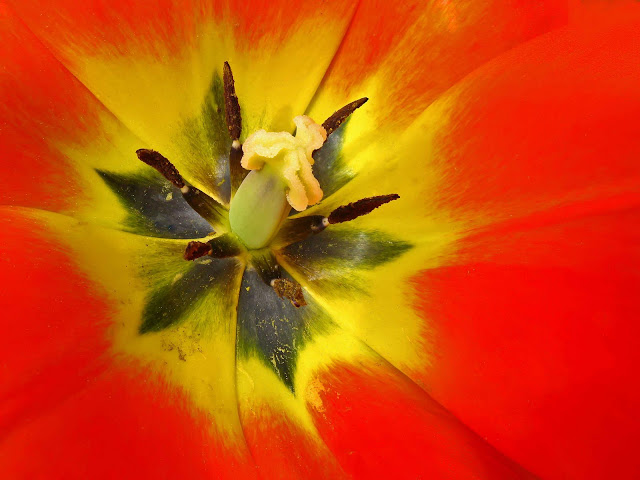 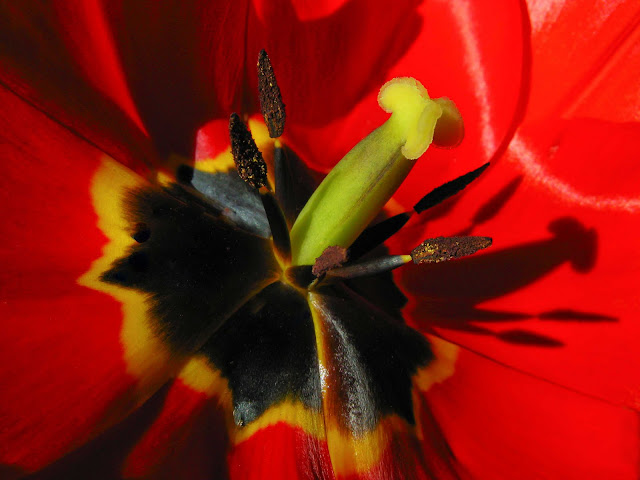 Something about getting inside a flower that I find fascinating. These two image were taken with my trusty old Canon point and shoot.
Posted by Photos by Stan at 1:10 PM 3 comments: 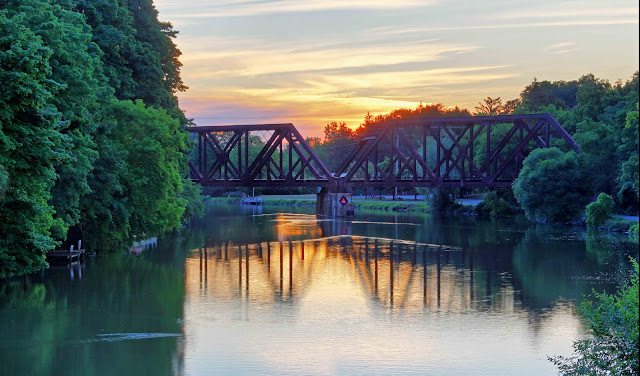 This sunset was shot from the other side of the bridge at Schoen Place, shortly before the moonrise pics [scroll down a few spaces]. What is unique, for me, is that this image represents my first foray into the world of HDR. It may sound mystical, but it was deceptively simple. I used three shots [bracketed by two f-stops] and fed them into the software -- Dynamic Phototo HDR [only $54] -- This is one of the resulting images. Cool beans! So, if I can do it, it can't be too difficult'
Posted by Photos by Stan at 12:48 PM 4 comments: