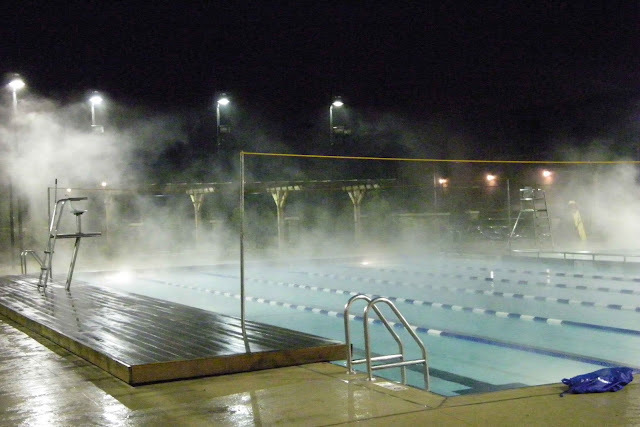 Well, there isn't much sky to discern, but that's part of the the charm of this shot. The Midtown Athletic Club pool opened at 6:30 A.M. on April 1, 2011. The temperature was 45 F, but the water temperature was 81 F, hence the 'steamy' appearance. About a dozen or so brave souls [or nut-cases] were on hand to inaugurate the swim season-- the pool will remain open 'til the end of Nov. Helluva year!!!
Posted by Photos by Stan at 8:30 PM 4 comments: 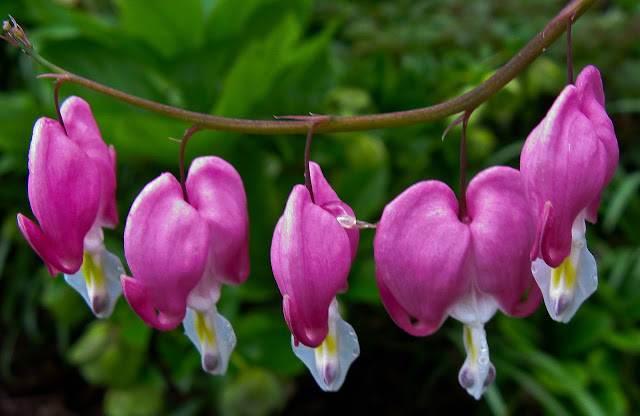 There is something about this flower that I find irresistible. They are eye-catching, yet seemingly always too close to the ground to get in on, not to mention that they grow up-side down--lol
Posted by Photos by Stan at 8:24 AM 5 comments: 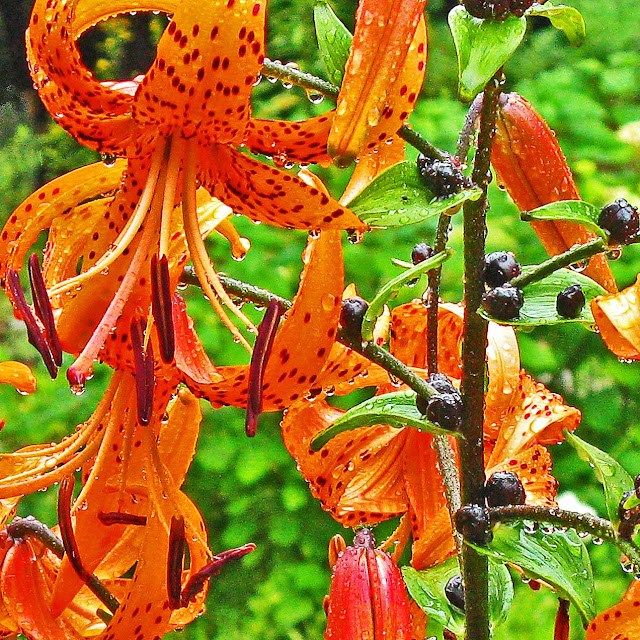 It seems like we are frequently going somewhere during a rain shower. That being the case, why not take advantage of what Mother Nature has to offer. I'm not sure what the dark berries(?) are, but they offer a nice balance to the lilies.
Posted by Photos by Stan at 5:01 PM 8 comments: