Having had a wonderful experience in 2005 on a Greece tour with Studiosis, we decided to join them for a trip to Sicily in 2006. One of the attractions for me, strange as that may sound, was the fact that there are more Greek temple remains in Sicily than there are in Greece. [This is due to the fact that there were many Greek settlements all along the extensive coastline; and, of course, they attempted to recreate their temples in the new land.] Still, I was somewhat apprehensive because I believed that Sicily would be barren, dusty and dirty. To my great delight, that was nothing further from the truth. Our tour began in the large port city of Palermo, the capital of Sicily. NOTE: The map below summarizes our itinerary over the course of our 12 day tour 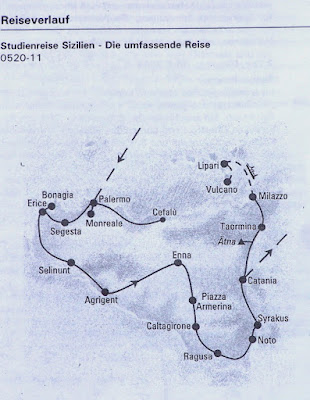 Over the centuries Palermo was under the control of Roman, Arab and Norman dynasties. While little remains of those bygone times, the influence of middle eastern art and architecture can be seen in its churches. At the time we arrived in Palermo, an intense political campaign was already in progress. One could deduce that simply by looking at the cluttered bill boards. I guess no one bothered to remove earlier posts. 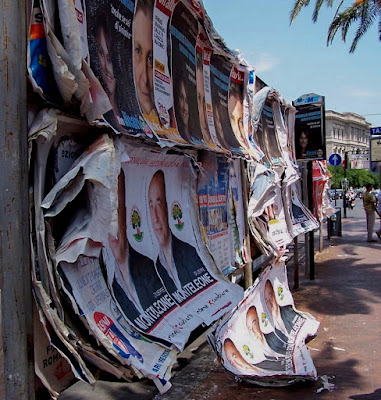 Two churches of significance within the city are the Cathedral and La Martorana. The Cathedral was originally constructed in the 12th century, but has undergone frequent rebuilding. The portal is from the 15th century [top image]; the Baroque dome was added in late 18th century [bottom image]. 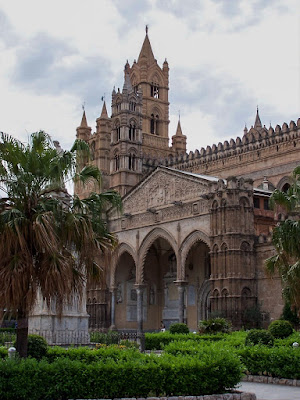 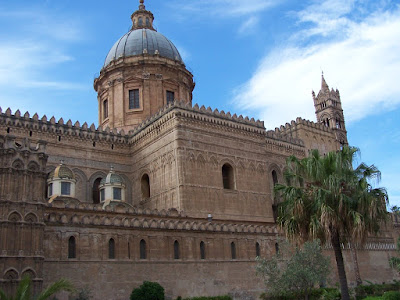 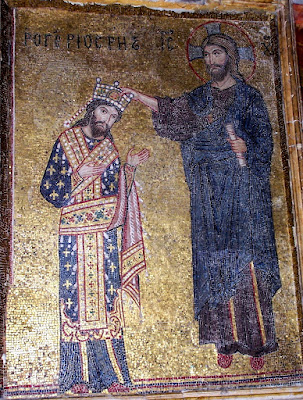 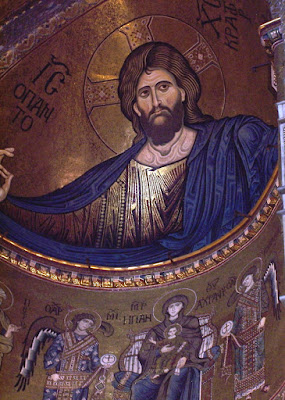 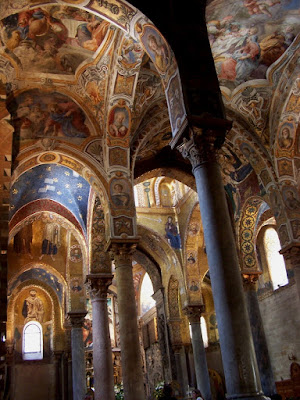 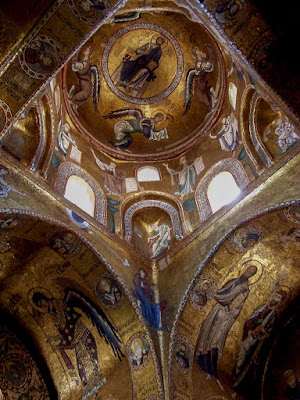 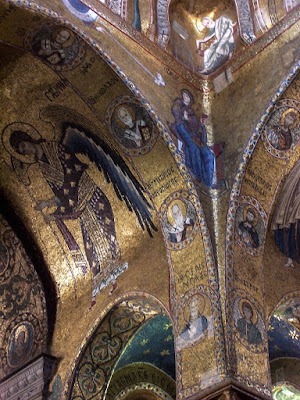 Of distinctly different architecture is the 12th century Benedictine monastery of San Giovanni degli Eremiti (also built by Roger II). Its distinctive 5 domed structure was built by Arab-Norman craftsman. It is surrounded by gardens filled with citrus trees, pomegranate and rose bushes. 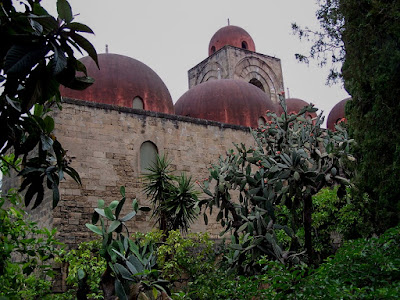 Posted by Photos by Stan at 1:29 PM No comments:

We remained on Santorini for three days, during which time we got to do a little exploring. In addition to the vast array of colorful private houses, there were also some impressive larger structures. Some of my favorites are below. 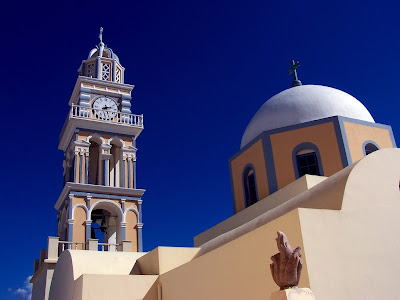 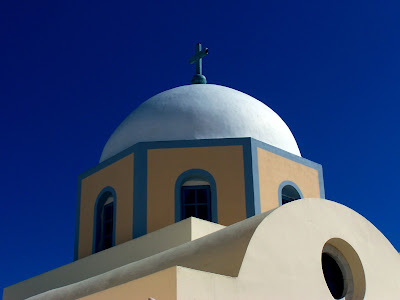 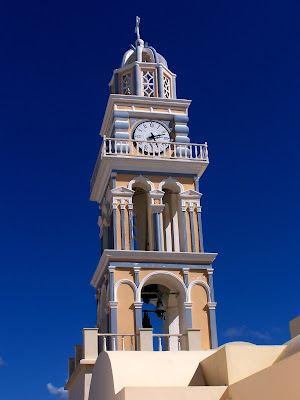 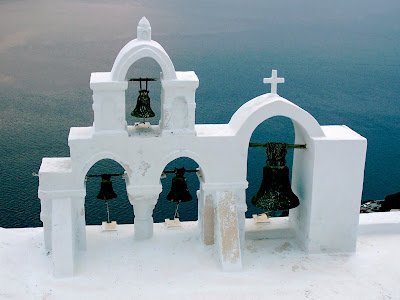 Besides the lovely towns, there are unusual black beaches, which contain the remnants of volcanic lava. As you might imagine, they are not particularly enjoyable to walk on. 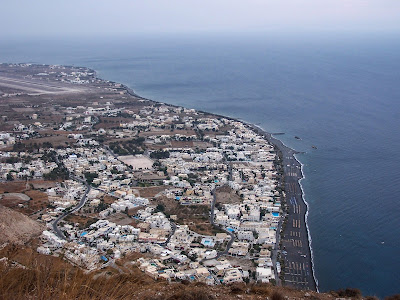 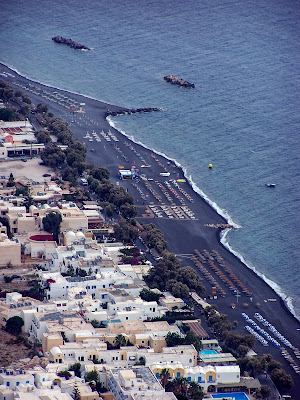 The last leg of our tour was to Heraklion and Knossos in Crete. Unfortunately, I do not have any images that contain any sky....imagine that!  So, postings of our trip comes to a ‘premature’ end here.
Posted by Photos by Stan at 1:53 PM No comments:

From Naxos we took a ferry through the Aegean Sea to the volcanic island of Santorini. Perched high atop cliffs surrounding an underwater caldera [a giant crater produced by a volcanic eruption in the 16th century BC]. The zig-zag line running down the middle of the image is the route to the village on top. One can go up either on foot or on a donkey. We chose neither, as we had a bus to get us up there. 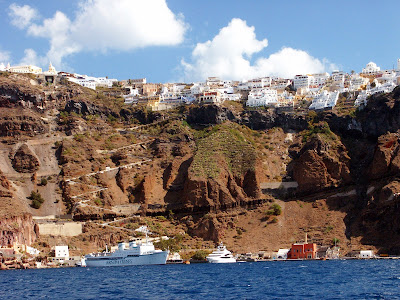 The two main towns, Fira and Oia, clinging to the cliffside, are known for their white-washed and colorful houses. I don’t remember which image below is from which town. In any event, every which way one looked, it was a feast for the eyes. 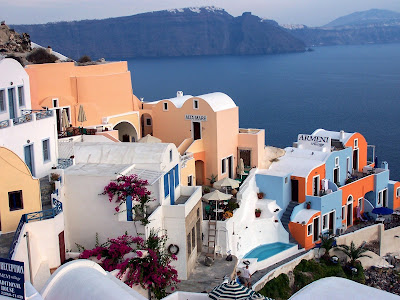 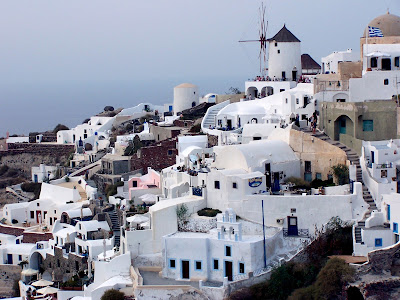 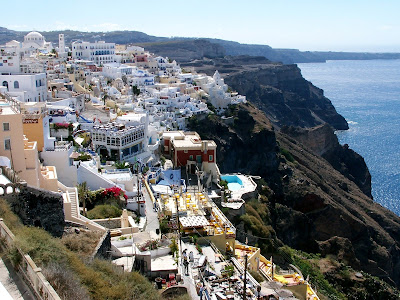 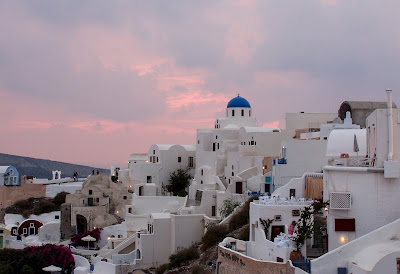 Posted by Photos by Stan at 2:39 PM No comments: