If you have been following my Rochester's Artisan Works series, you should realize by now that it is full of surprises. You never know what is going to suddenly appear in some nook or cranny. One such example is this figure, almost hidden in the corner behind the wonderful painting by the artist Ramon Santiago [posted in #1 of this series]. I don’t know whose creation this is, but it caught the eye of several other photographers during our photo-shoot. It give credence to the notion that “Bald is Beautiful” [espoused by us ‘follicularly’- challenged folk]. 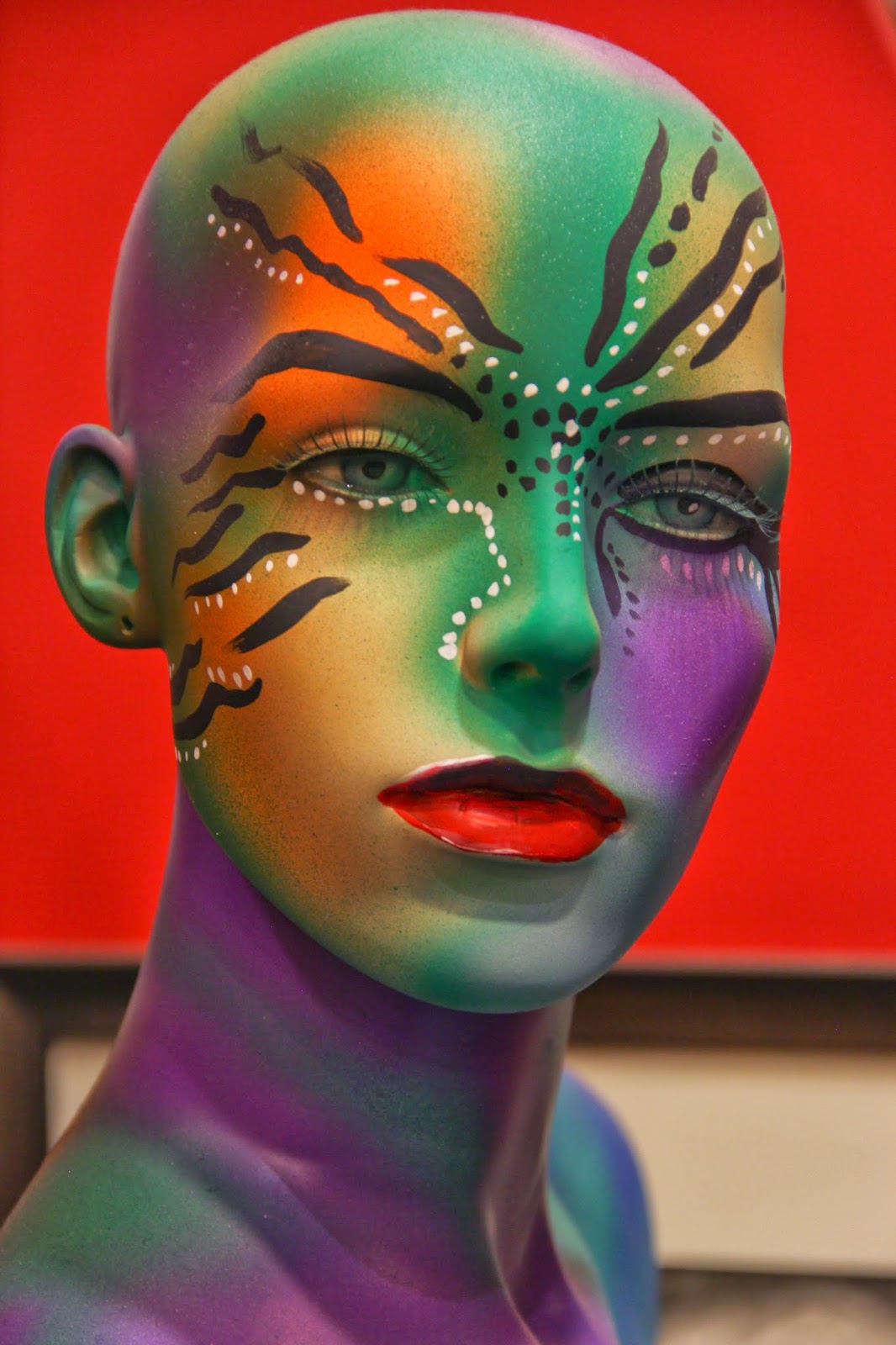 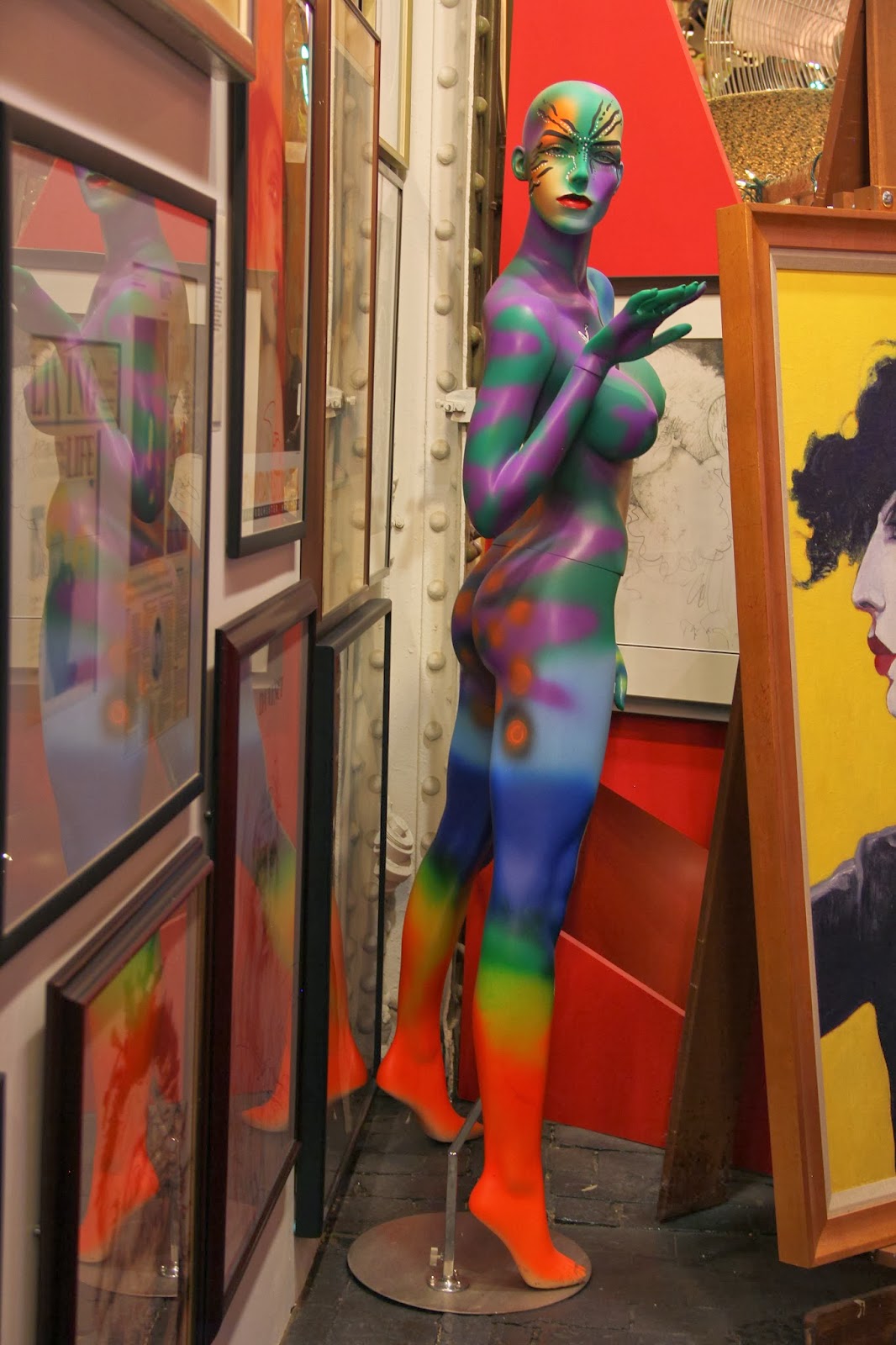 Posted by Photos by Stan at 9:03 AM No comments:

This continues the Artisan Works series I began last week. As I explained earlier, among the many objet d’art are paintings, which will be the focus of today’s posting. The entrance is at one end of a large room from which one may proceed to several different hallways. Since there are no guide pamphlets, one explores and hopes for the best. The gallery below was one of the first I encountered and it just had to be shot, as in the top photo. Using a post-processing trick [learned from a fellow photographer] I converted the image into an ‘over-the-top’ surreal abstract. 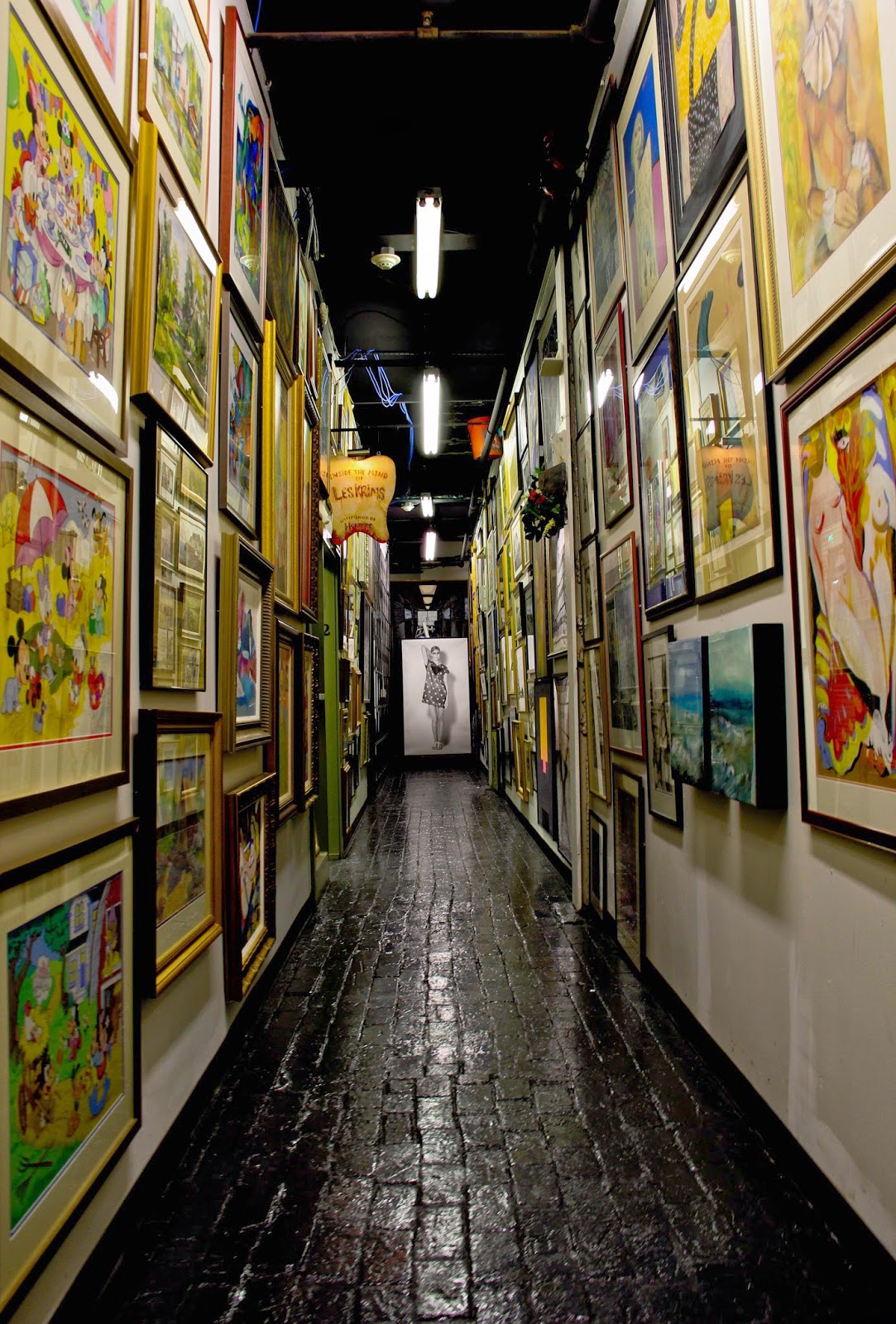 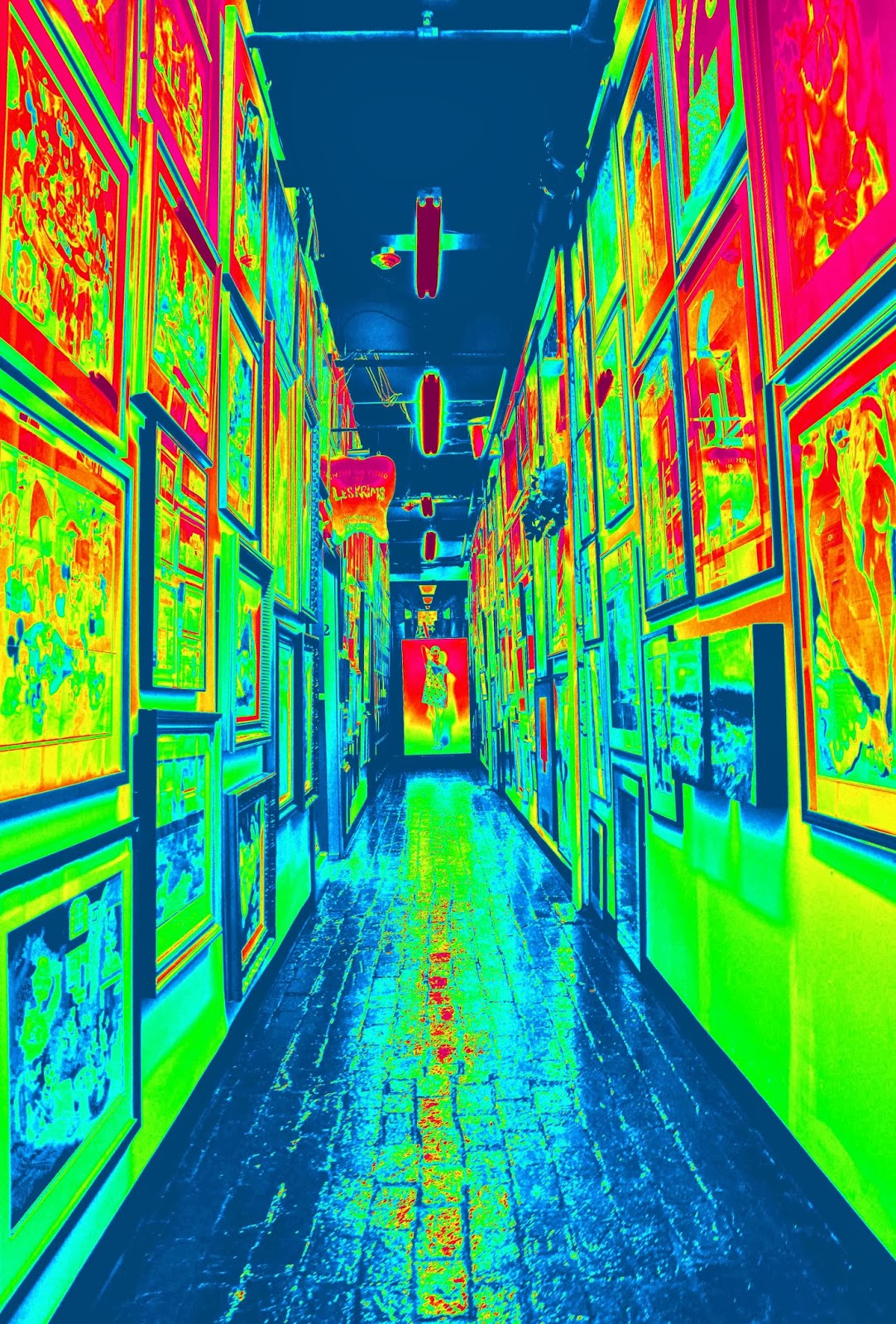 As there was no exit from this hallway, I returned to the main room and found yet more paintings. Since there were too many to look at and enjoy at leisure, I decided to keep shooting and defer that to later when I would have them on my computer screen. 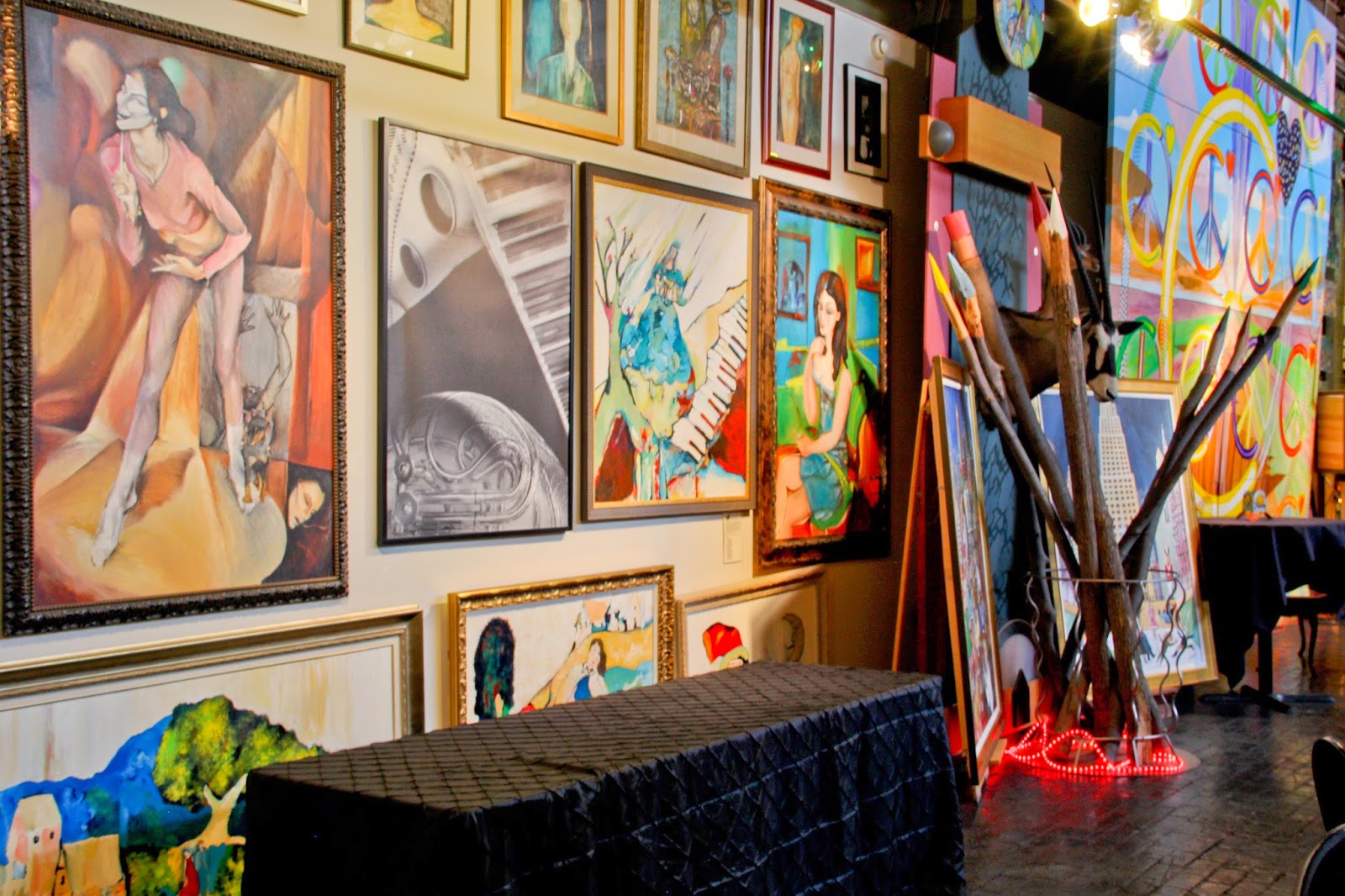 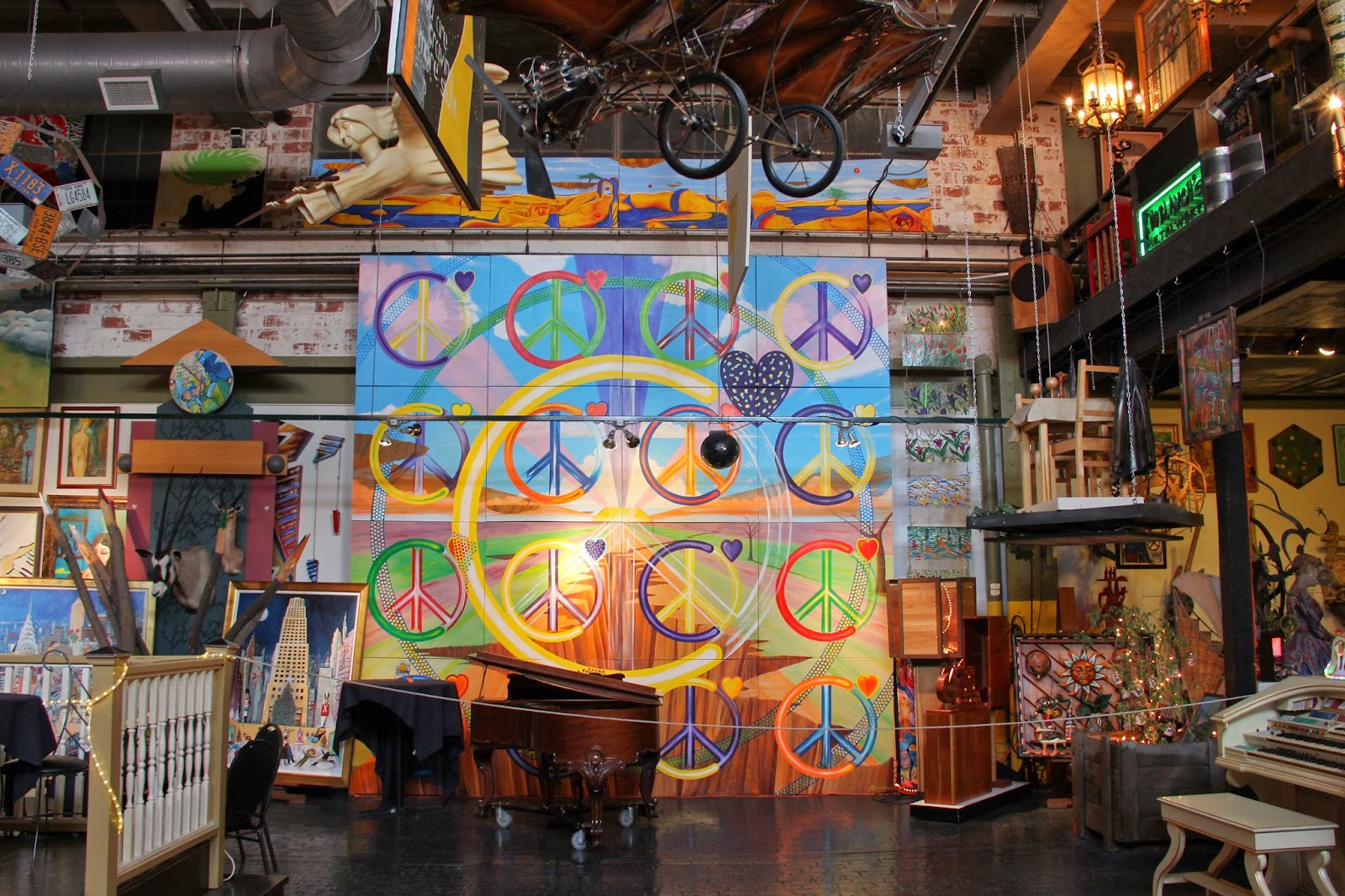 Posted by Photos by Stan at 4:16 PM No comments:

Among the unusual pieces found in Rochester's Artisan Works is a series of larger than life-size objects fashioned out of wood. They are almost unbelievable in beauty and their craftmanship. Below are three examples: a giant old style pencil sharpener, and details from an old car and motorcycle. Some of my favorites, not shown here, are a desk stapler, and an old style [20s/30s] telephone. 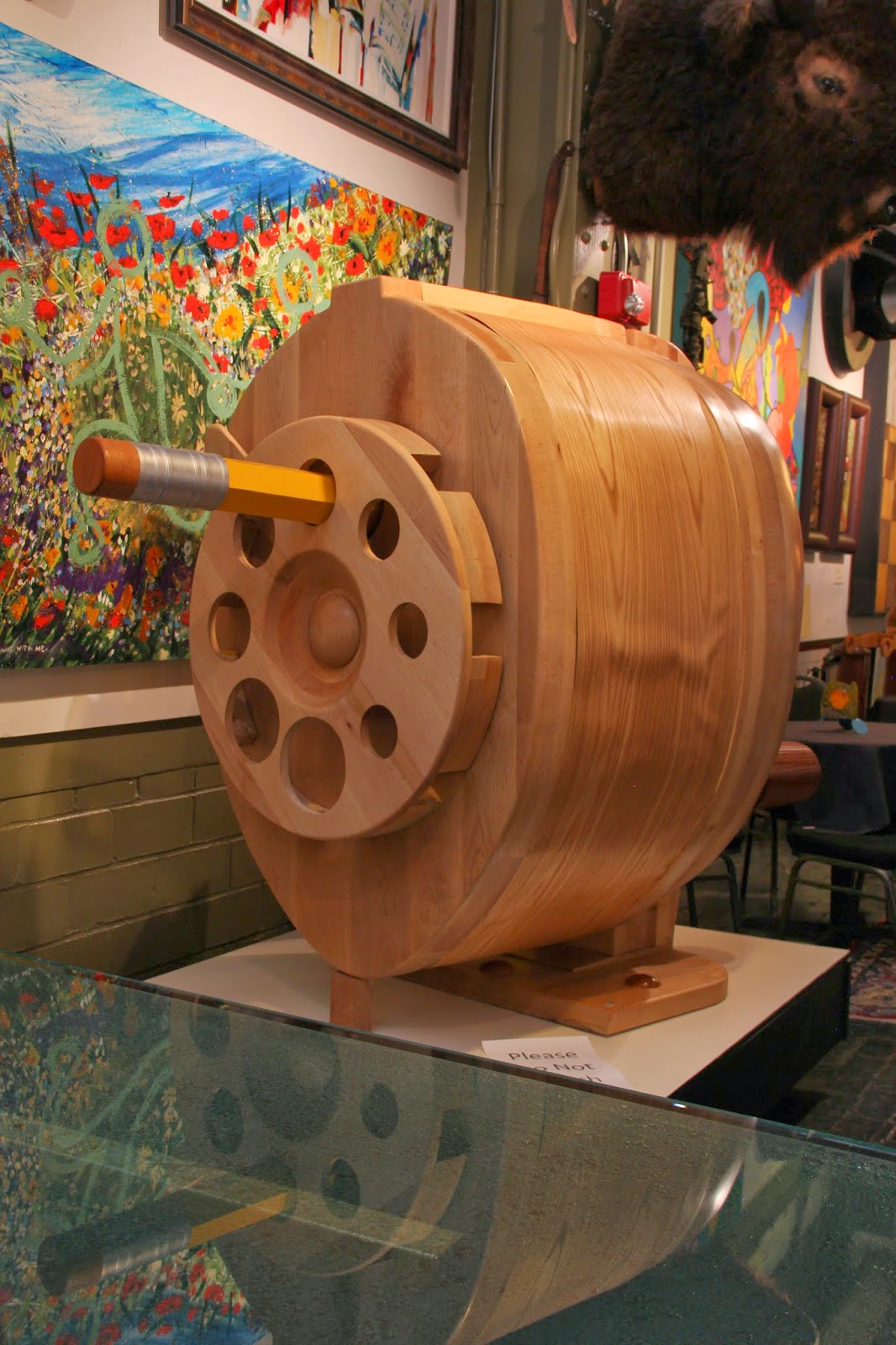 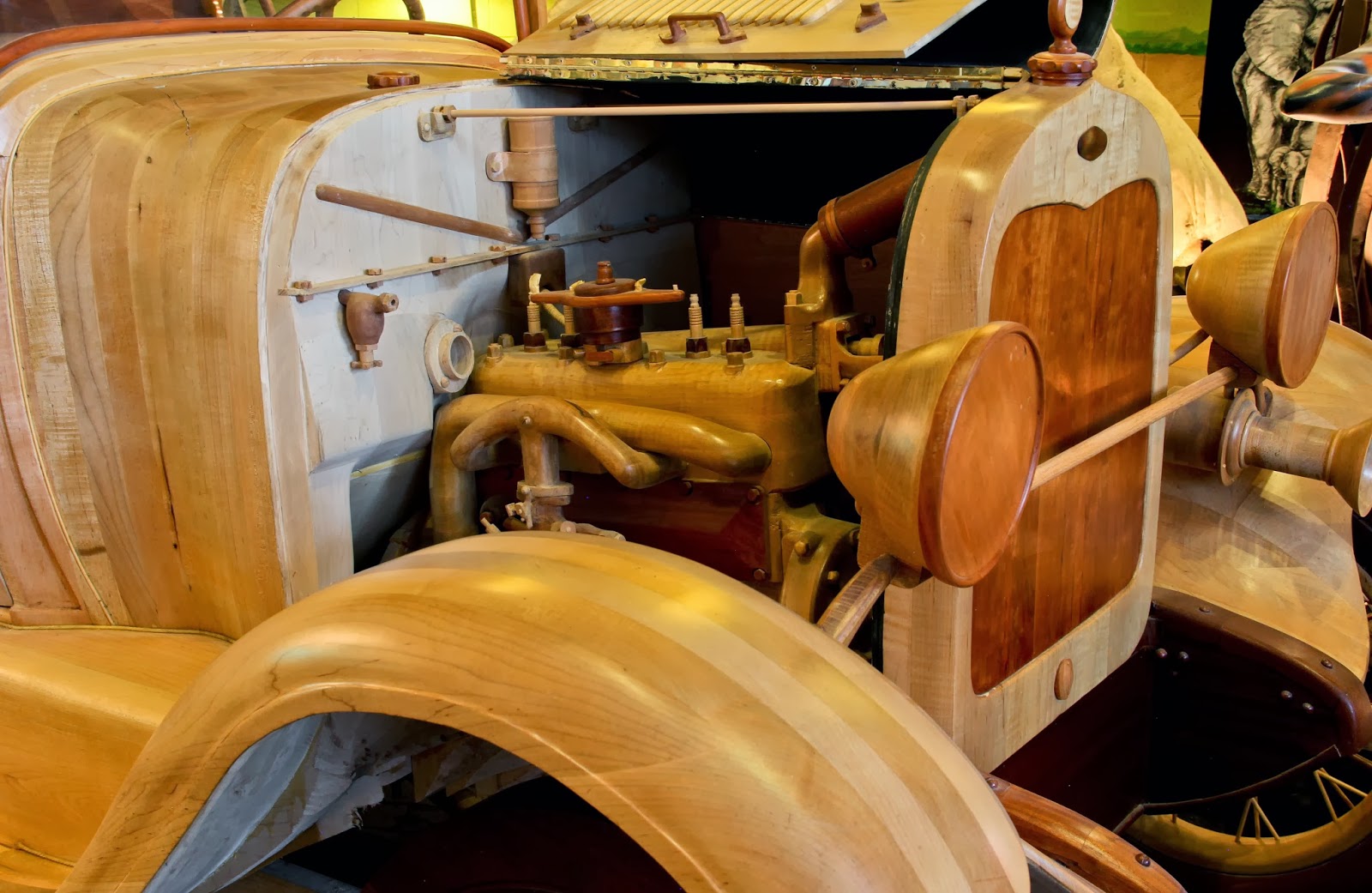 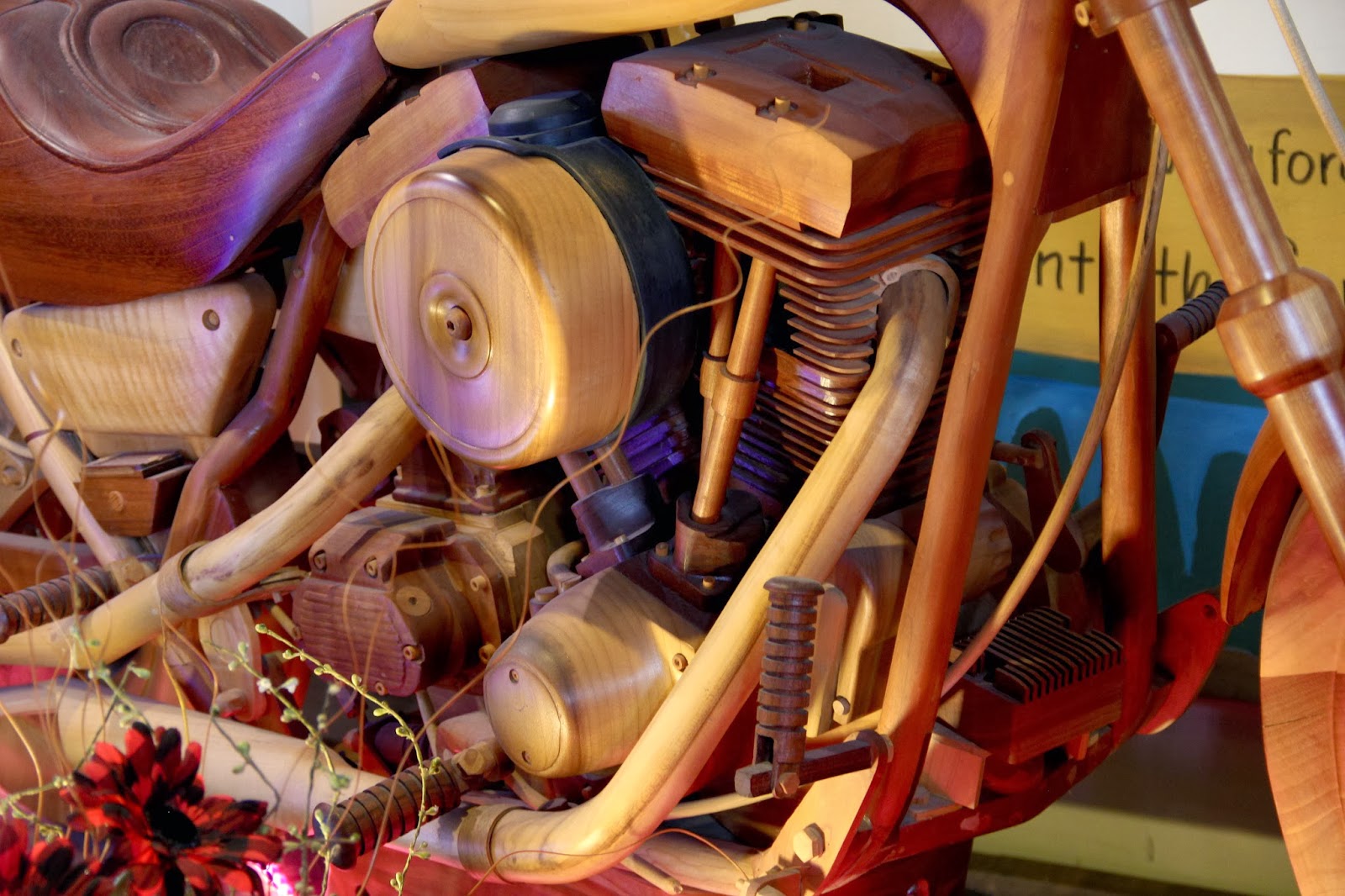 Posted by Photos by Stan at 5:38 PM No comments:

This posting continues the Rochester Artisan Works series I began earlier this week, which had a small sampling of some interior scenes. Today’s images are exterior shots that alert a visitor to expect an unusual viewing experience. It actually begins in the parking area outside the building, where one is greeted with colorful murals, as well as other objets d’art.  Some examples are shown below. 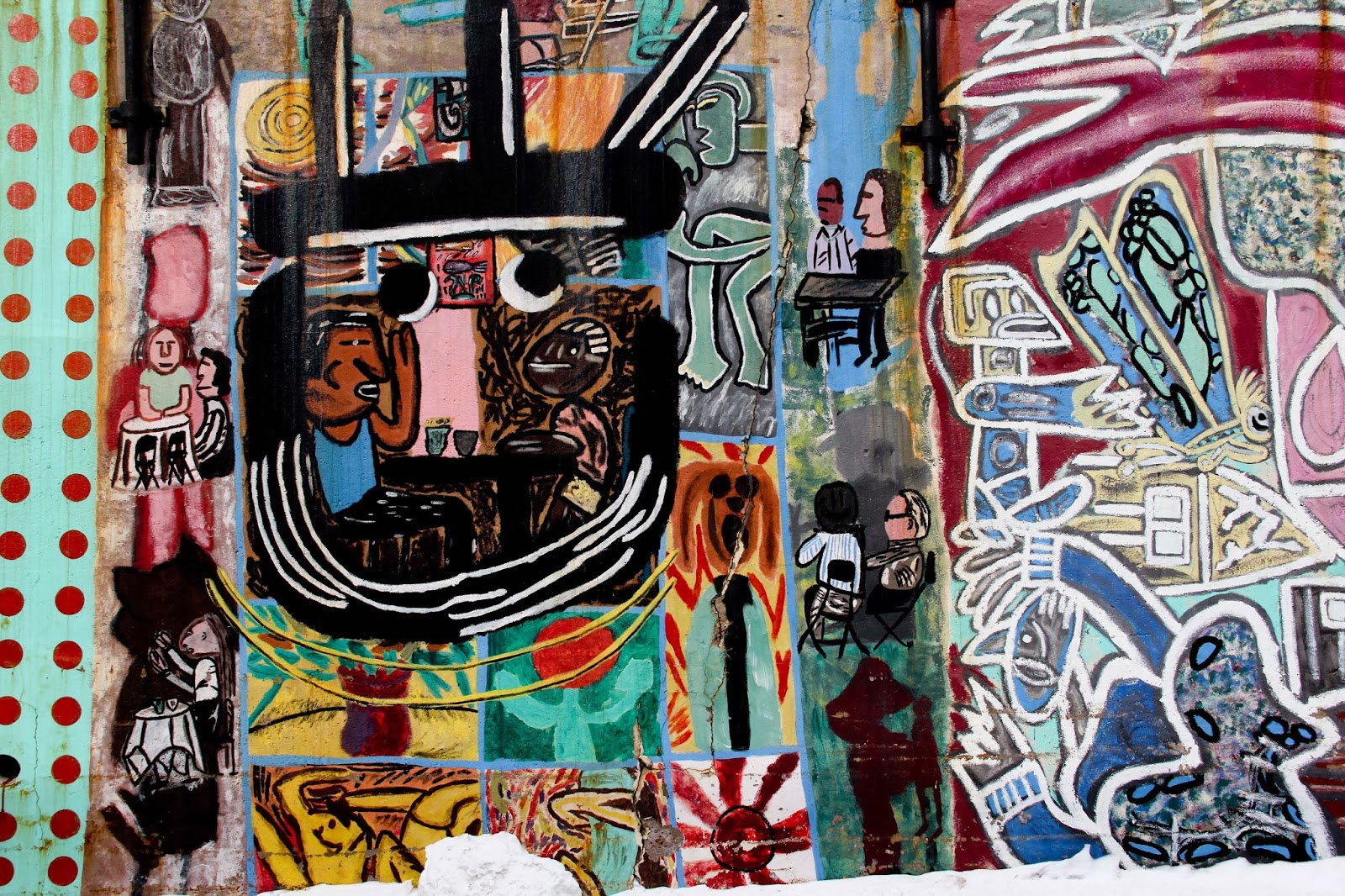 Then, as one approaches the entrance, a peek towards the window confirms the unique quality of what lies ahead. And then the Entrance itself -- need I say more? 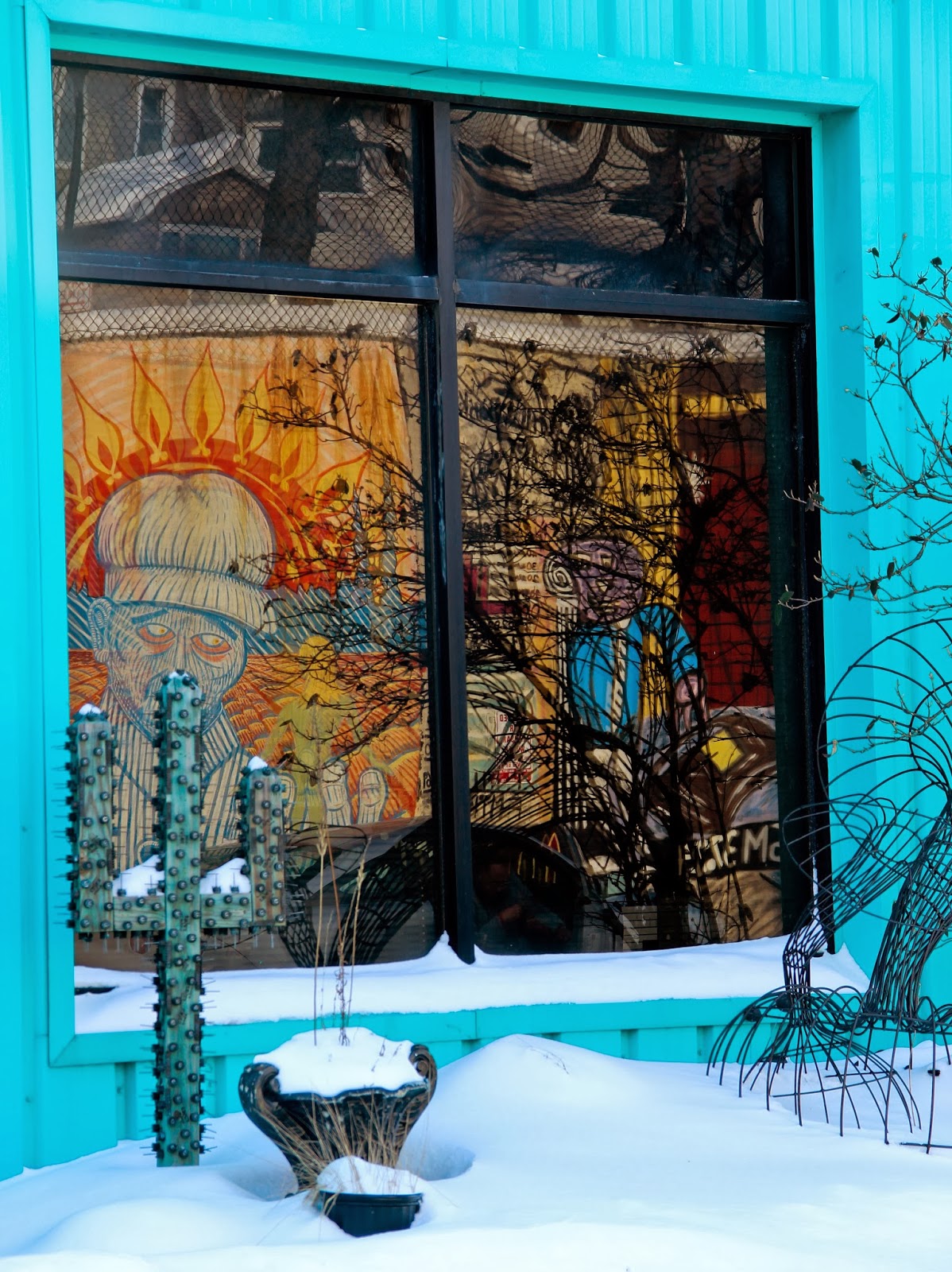 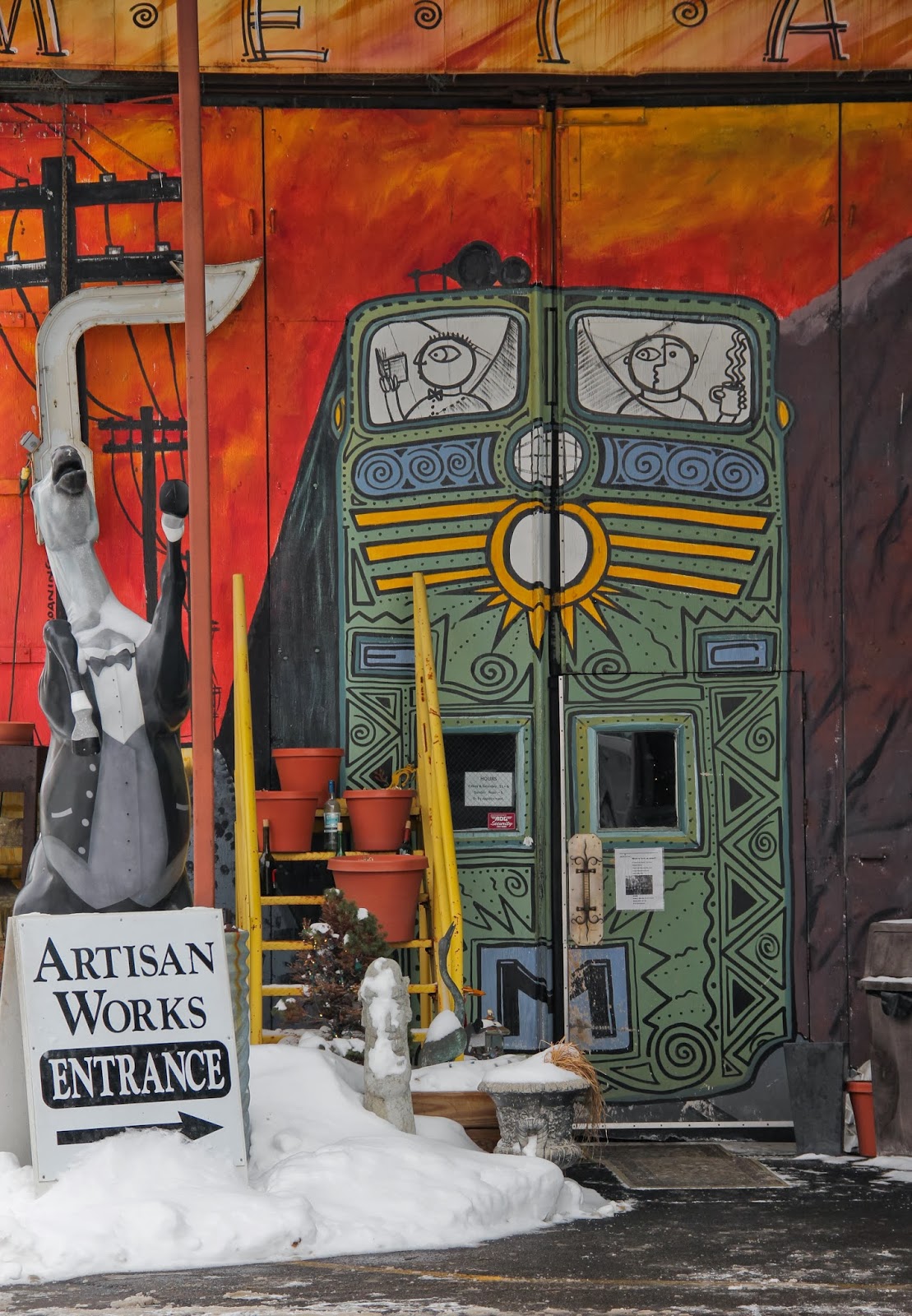 Posted by Photos by Stan at 7:04 PM No comments:

Rochester’s Artisan Works is an amazing place that defies categorization.  It is a combination gallery, flea market, museum and art store rolled into one. It is cluttered wall-to-wall [and ceiling] with all sorts of art works, photographs, paintings, figures, furniture, etc. One doesn’t know where to start looking. After several hours shooting, I generated many images I’d like to share. So, today’s posting is the first in a series that will appear randomly over the course of a few months. While many will go uniquely into the ‘Orange You Glad It’s Friday’ meme, I will number all the Artisan Works postings serially.
The image below gives a good sense of the ‘clutter’ of objects, which don’t seem to have any relationship to one another [I’ll post some excerpts from this scene later on OYGIF]. 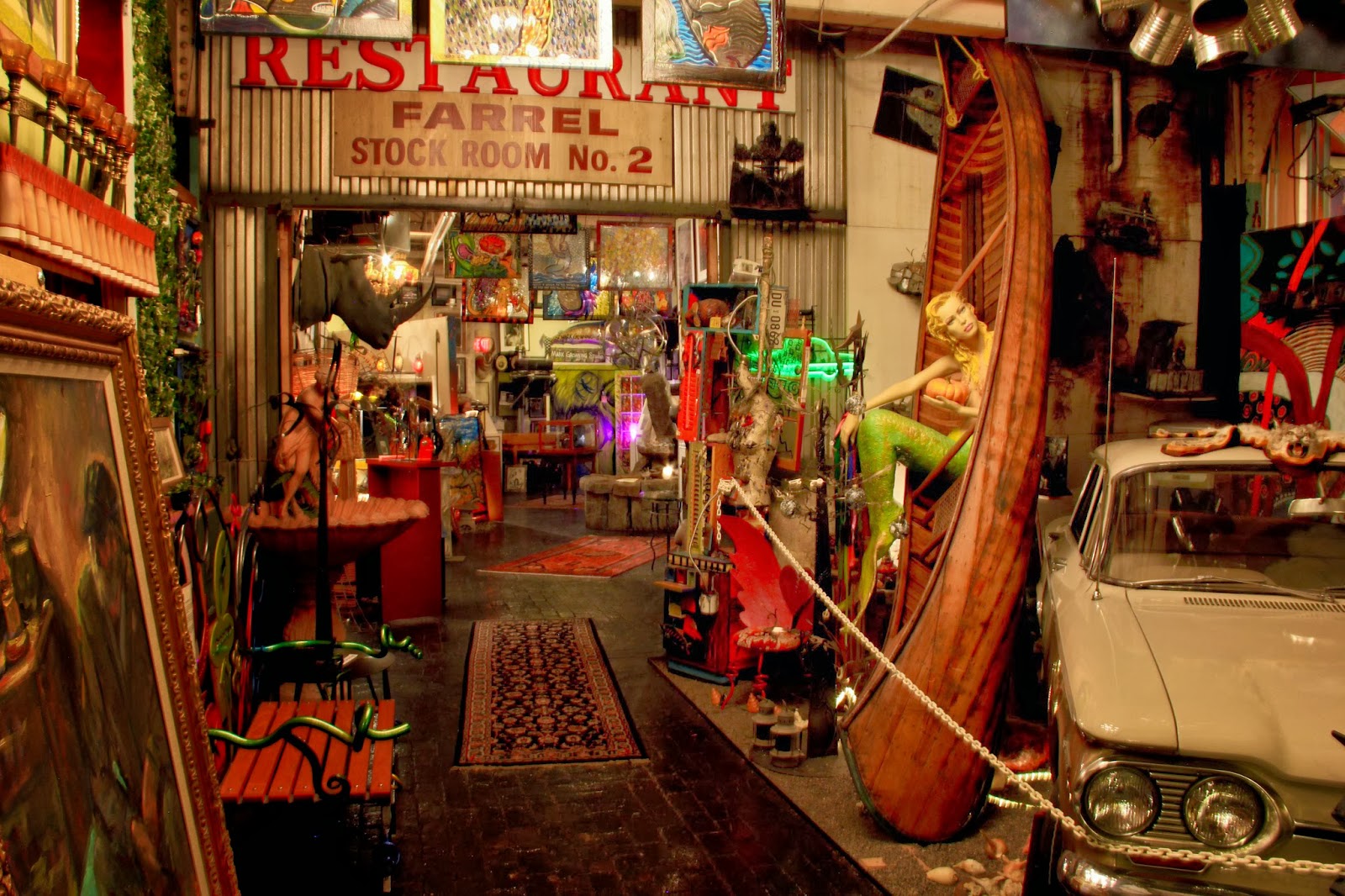 In contrast, there are some rooms that have a theme, such as one containing a homage to Marilyn Monroe and another to local artist Roman Santiago. The latter had a very distinctive style, which appealed to me. In his self-portrait below, the [typical] visage of his model seems to be like an idea  growing out of his mind. I don't know if that is what Santiago intended to portray, but that's the way it struck me. 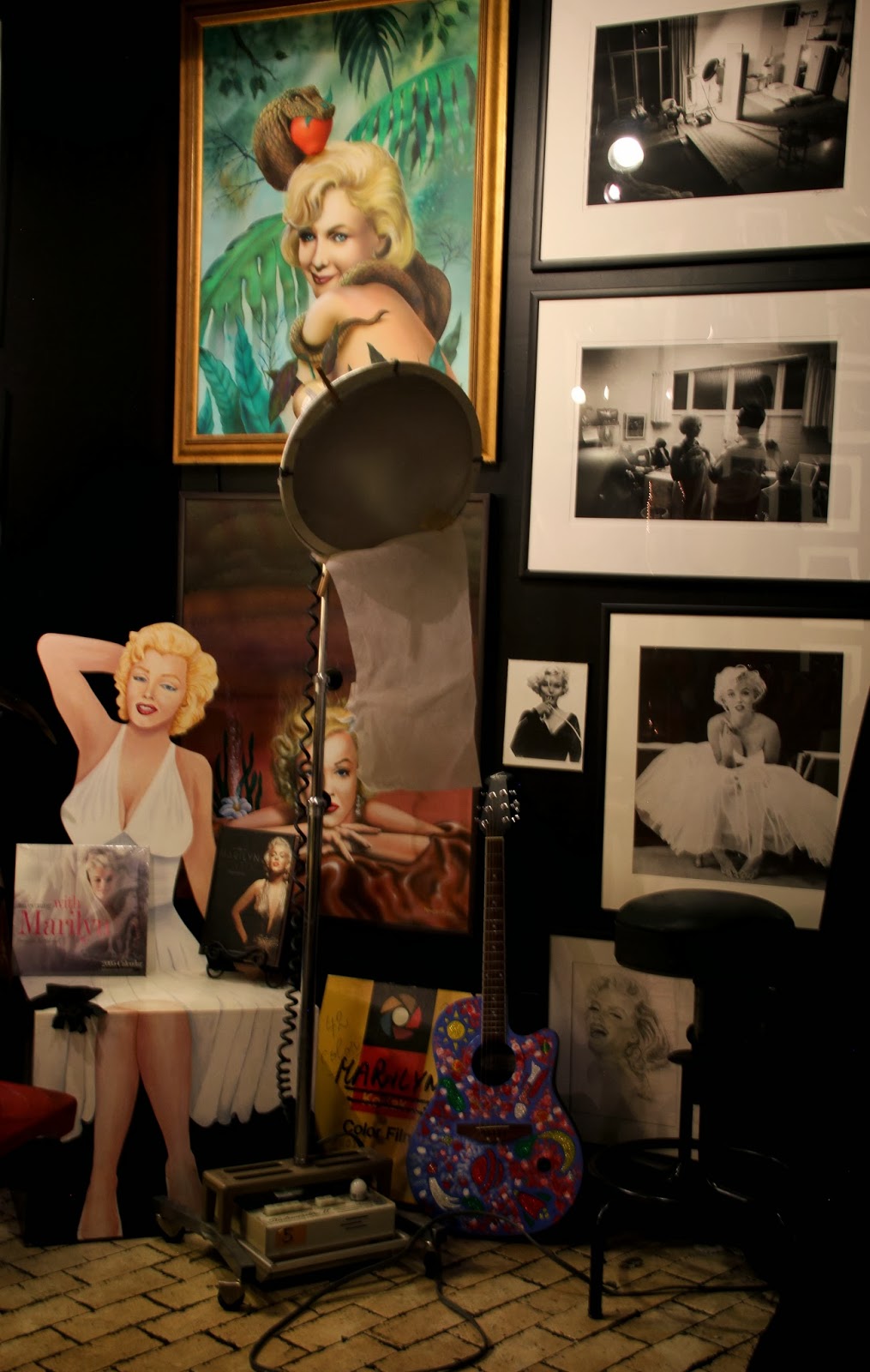 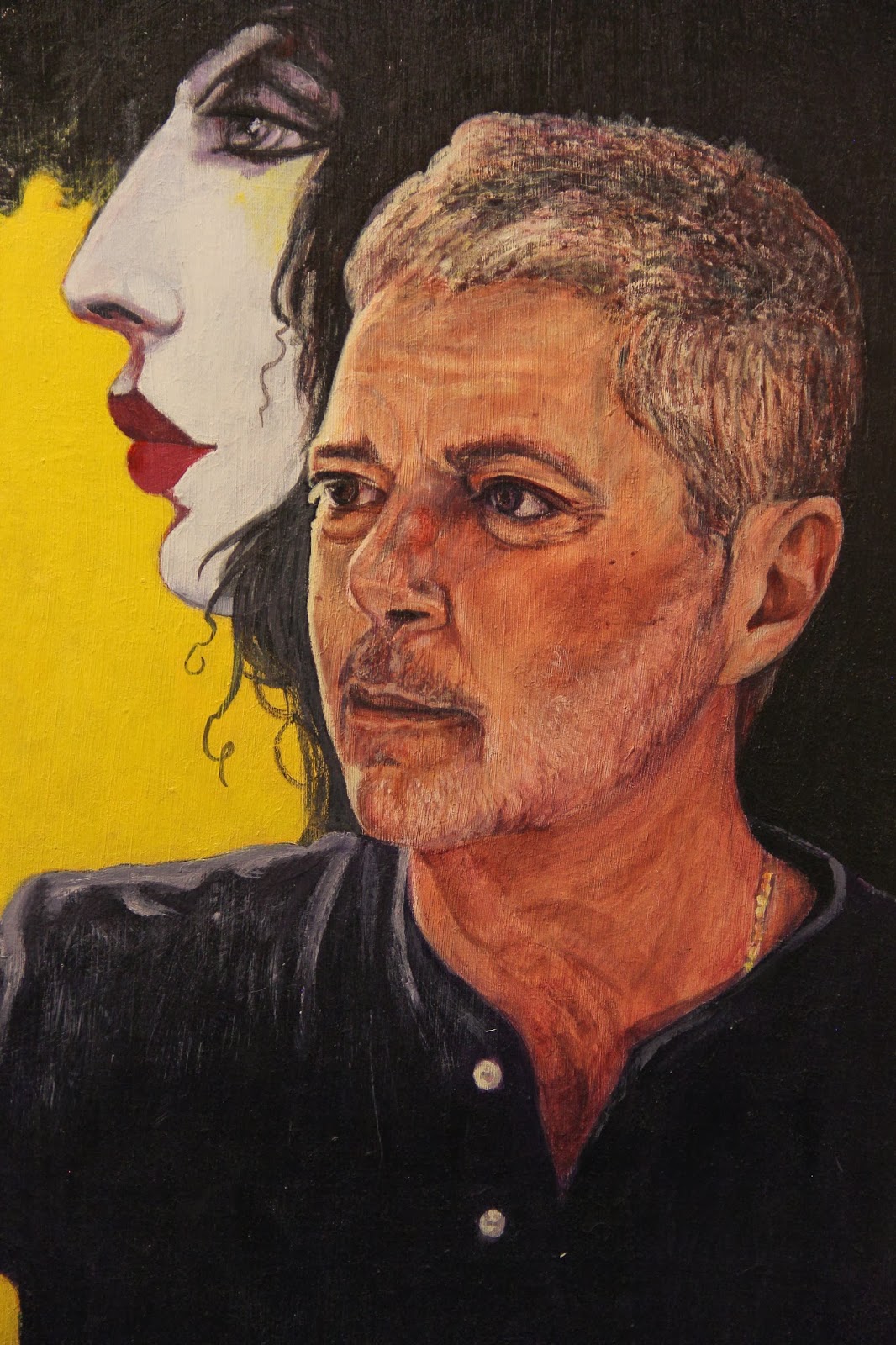 Posted by Photos by Stan at 5:36 PM No comments:

These images are from my archive. In 2006 we were in Sicily with a German tour group [from Studiosis]. Let me start off with a strong recommendation to visit there. It was a total surprise how lush and beautiful the scenery and vegetation were [in May]. I was expecting everything to be dry and dusty; it was anything but that. Also a surprise was the fact that are more Greek temples/ruins in Sicily than in Greece; and, they are in wonderful condition. In the town of Agrigento, stands an amazing collection of seven Greek [Doric style] temples, which were constructed during the 6th and 5th centuries BC. The image below is what remains of the Temple of Herakles [Greek counterpart of the Roman Hercules]. It is one of the lesser ruins compared to several much better preserved and almost complete temples. 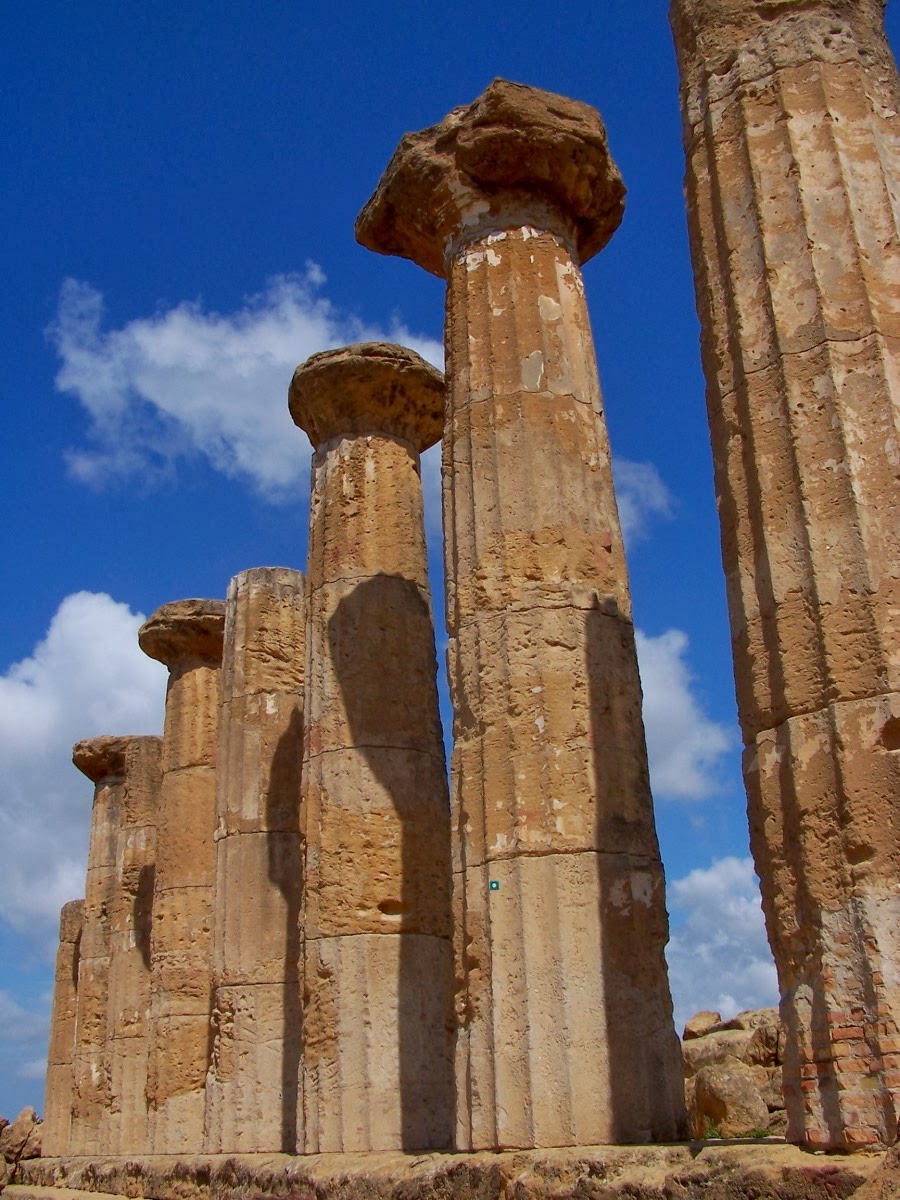 The sunset below was shot through the window of a restaurant where we happened to be dining. 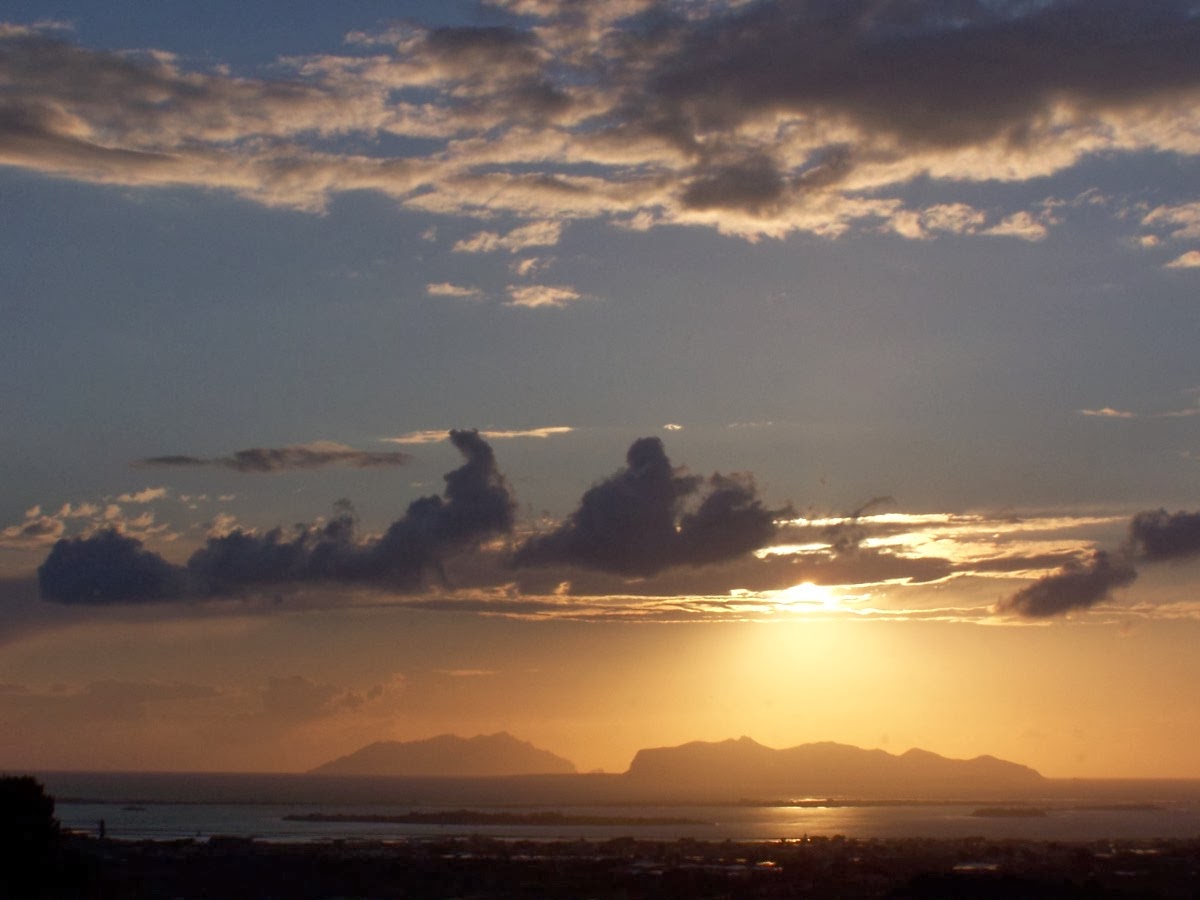 This landscape was shot from high up a hillside in the vicinity of Erice. At the time it was quite cold and windy, and the tour was being urged to return to the bus. However, I was determined to wait for an opening in the clouds. I was lucky to get my shot, and was still not the last to re-board [sparing me some indignities]. 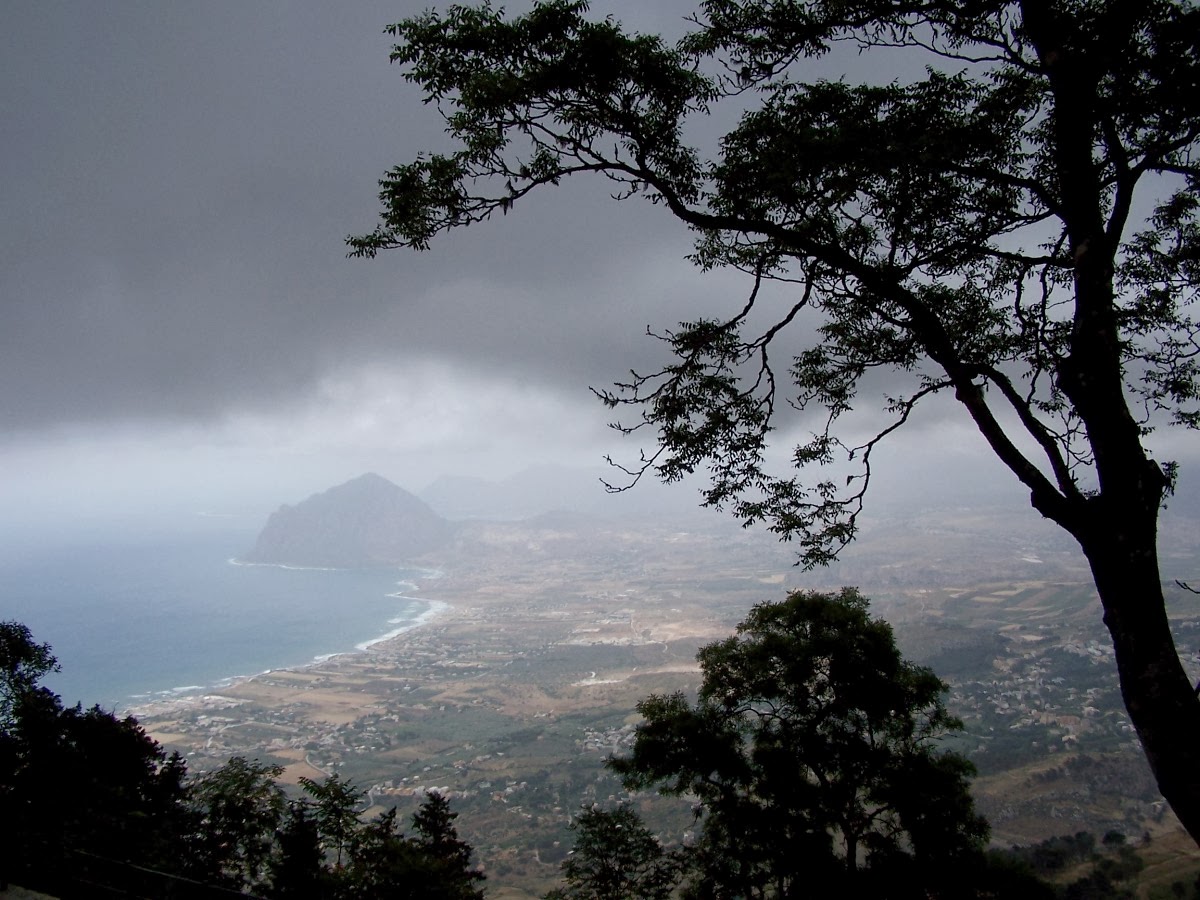 Posted by Photos by Stan at 8:49 AM No comments:

Today’s images were taken during photo shoots in Rochester neighborhoods. While I was not looking specifically for OYGIF candidates, they just kept on cropping up. You may notice that they have a common theme; viz. the presence of at least one bucket [not always orange] or a basket. Now some might say that the ‘basket’ in the last image is not really a basket; rather, it is [was] a case. I can’t deny that, but,  the alliteration in Buckets & Baskets in the title sounds better than Buckets & Cases. 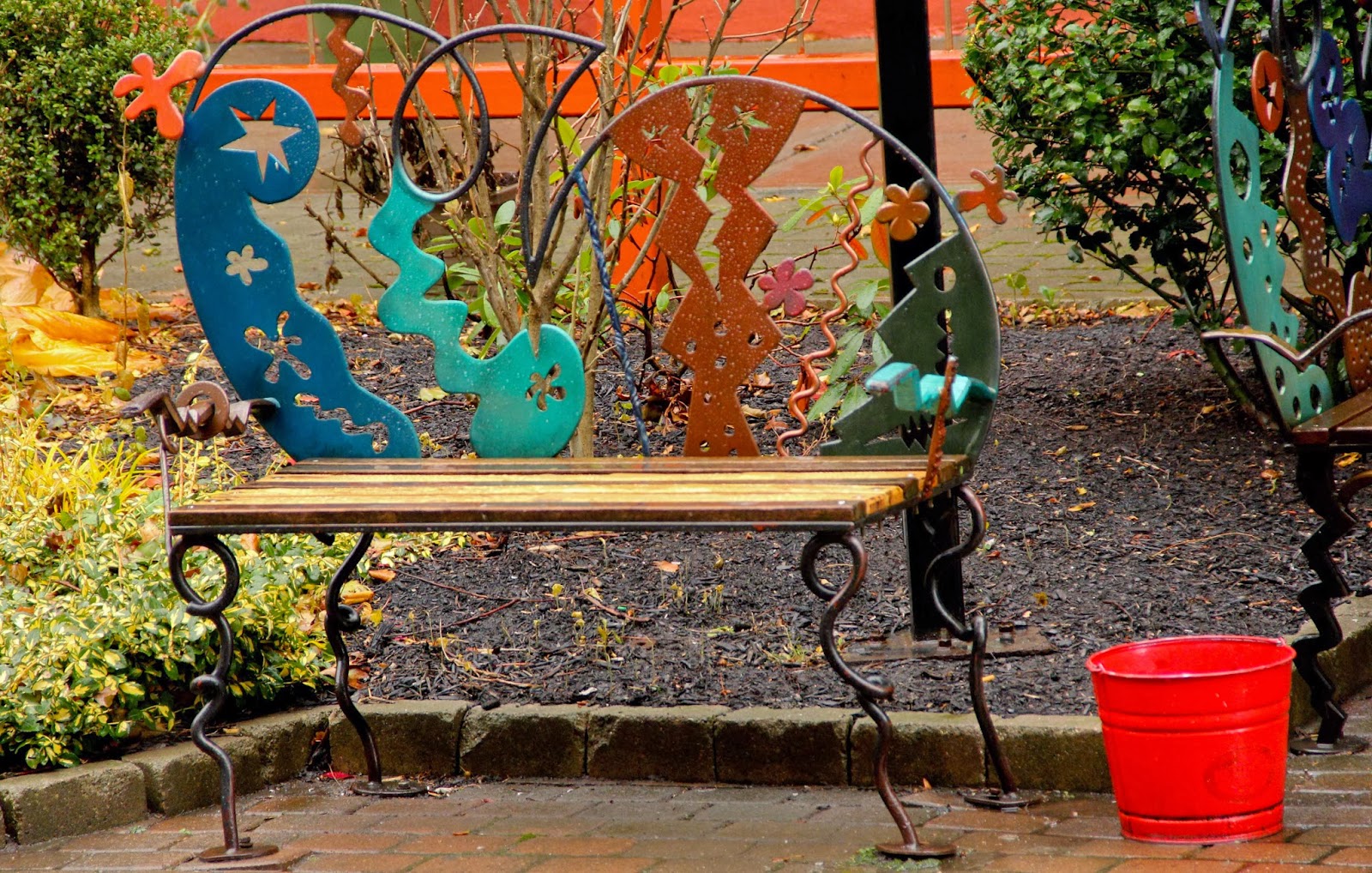 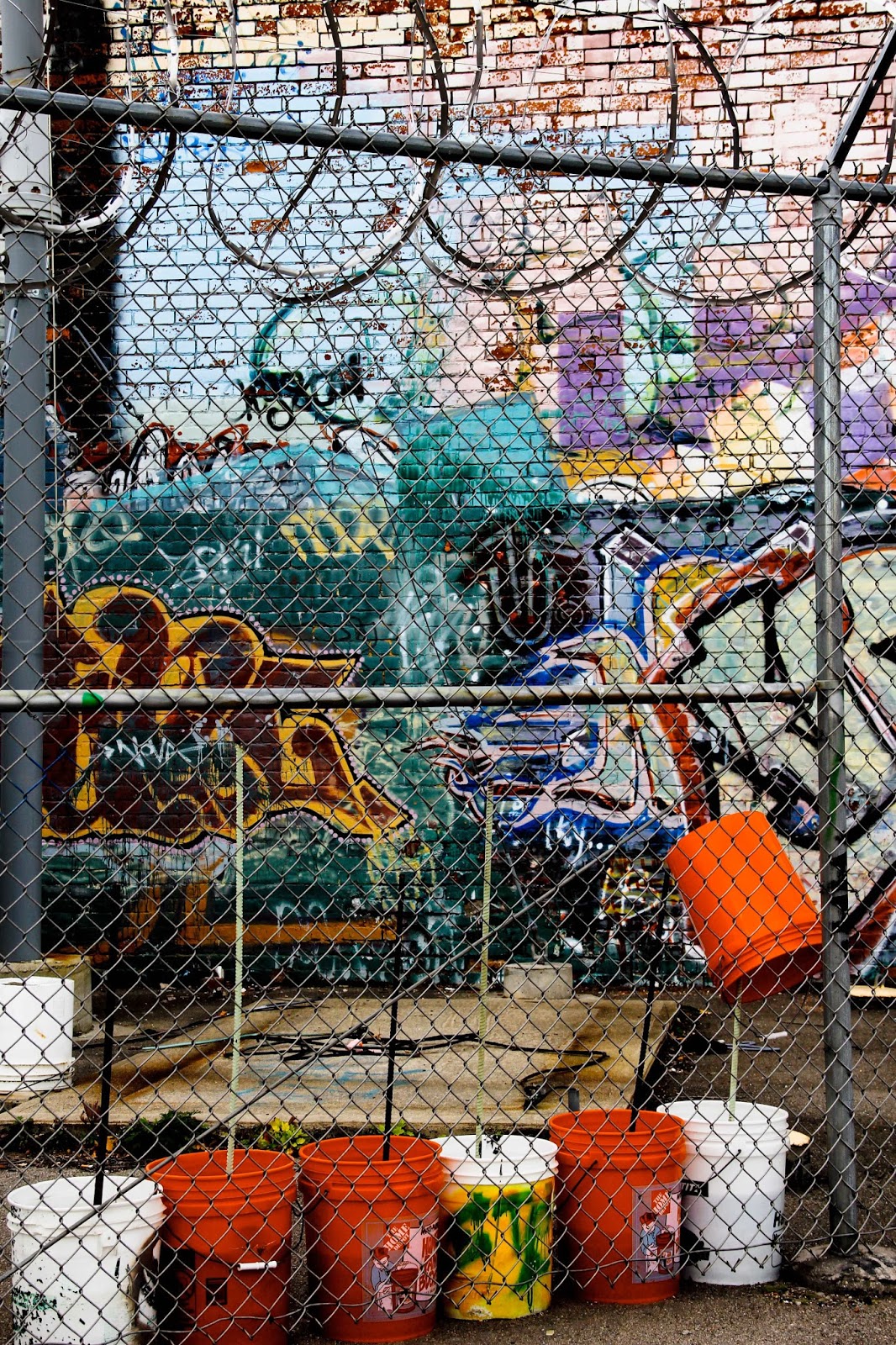 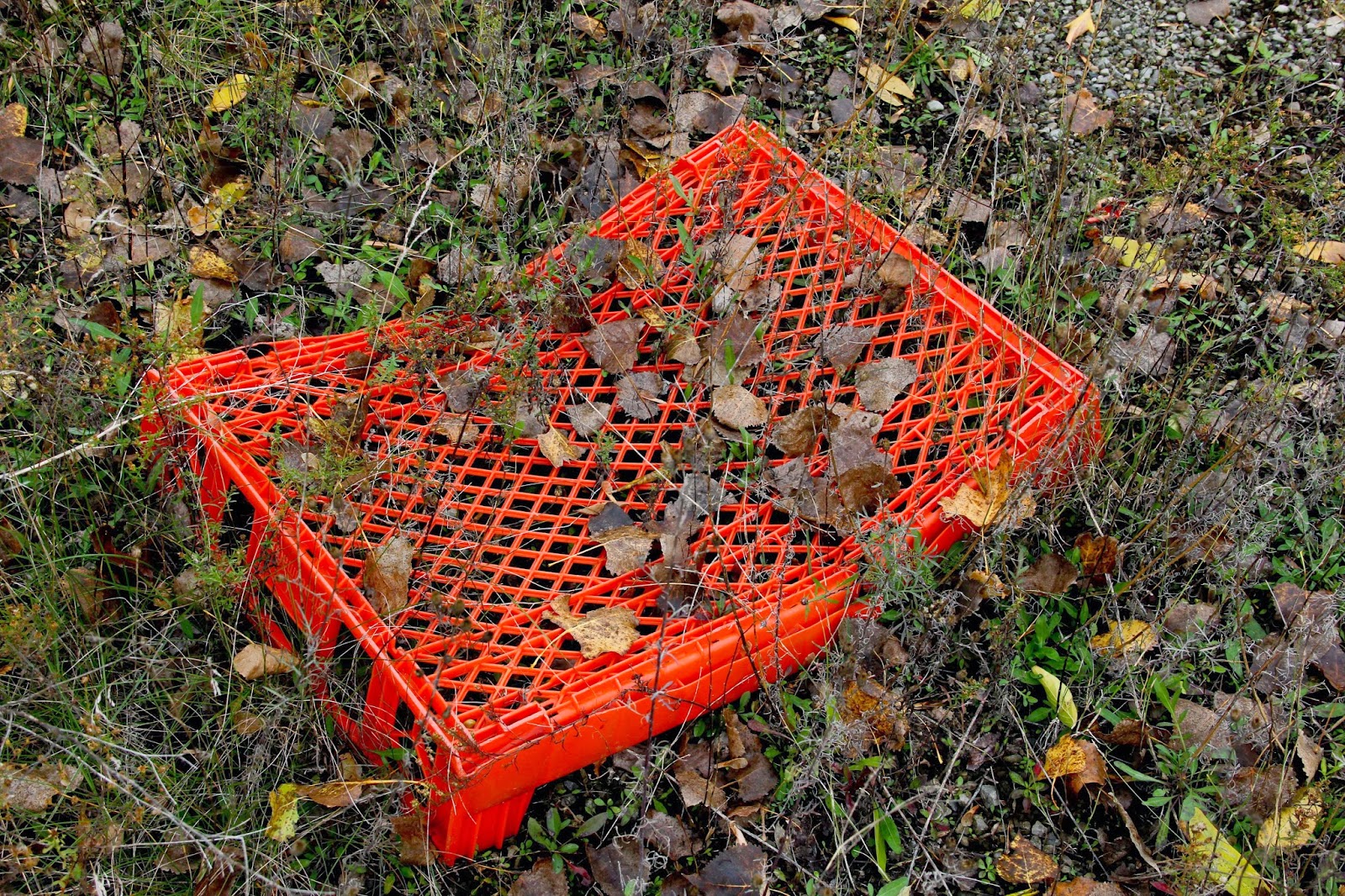 Posted by Photos by Stan at 4:35 PM No comments:

A Tale of Two Fishermen

Here are two images of fishermen that evokes distinctly different moods. The upper image, shot on the island of Santorini, Greece, engenders a sense of tranquility. Gentle waves wash up on the sand as the angler calmly awaits a bite. One wonders whether he even cares about making a catch, as he seems lost in thought. Santorini is a volcanic island, as evidenced by the black sand and rocks.
The lower image below was taken at the Ludlowville falls [south of Rochester]. In August, I posted a cropped version as a panorama. This scene has quite a different feel to it. Water streams over the crest and cascades down the rocks. We can almost hear its ‘roar’ as the angler, dwarfed by the falls, is caught up with unsnarling his line, evoking a totally different feeling. 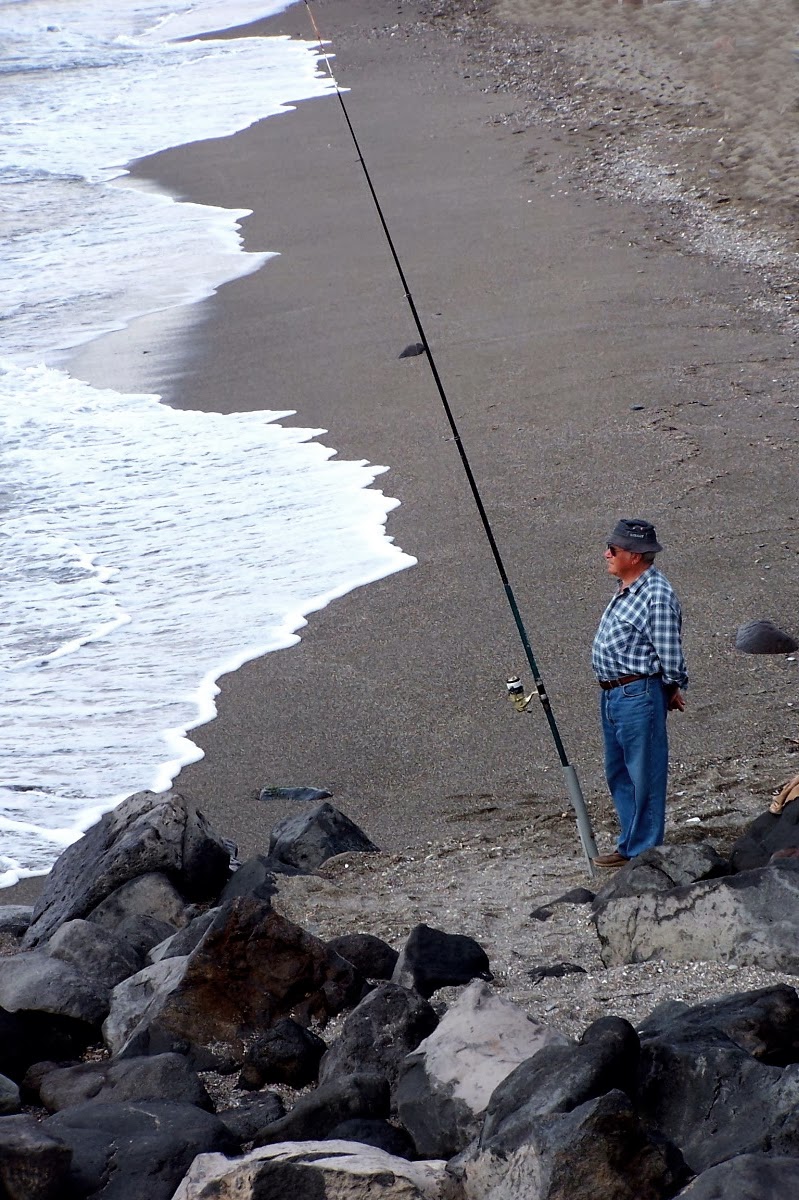 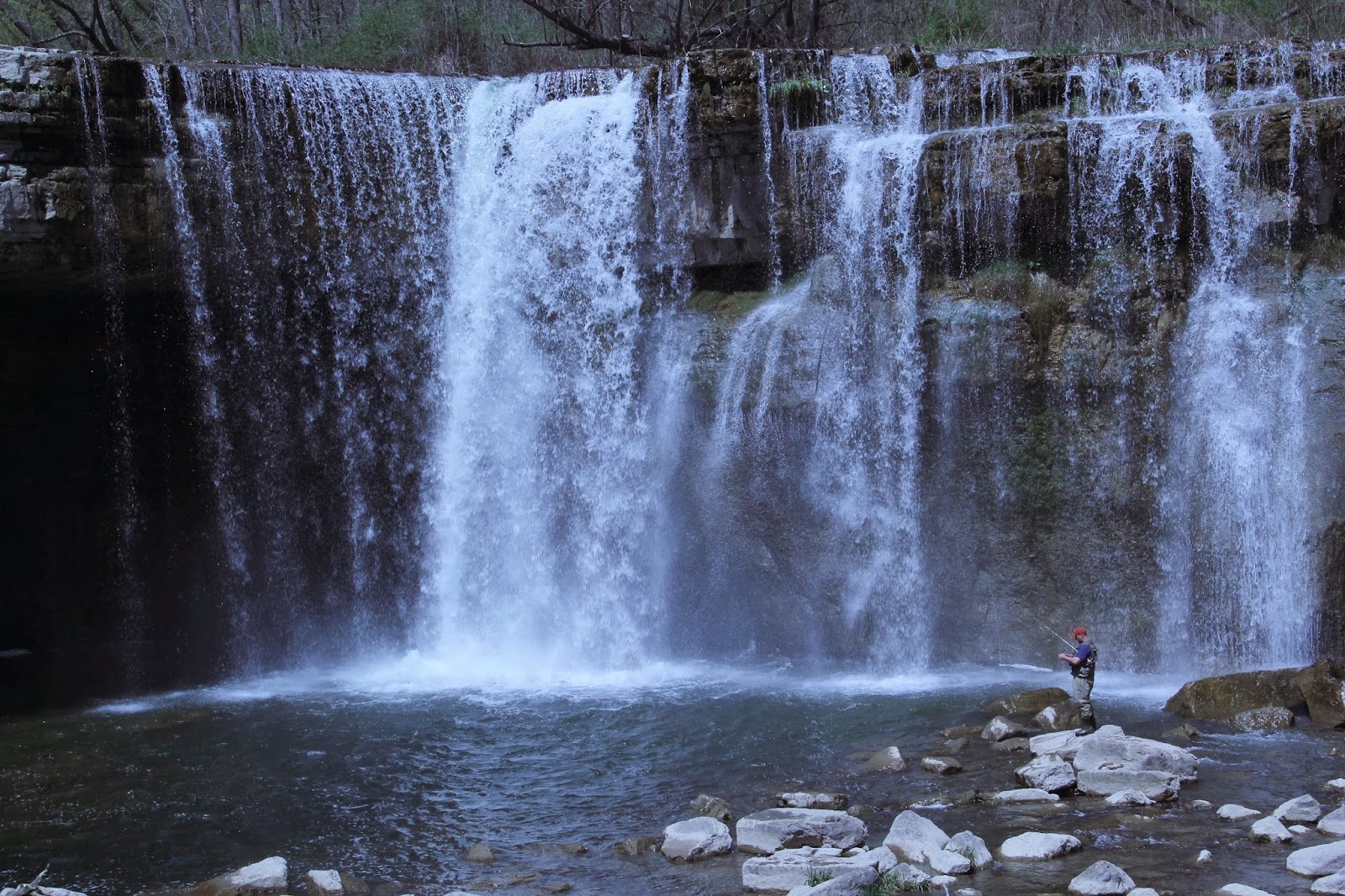 Posted by Photos by Stan at 8:10 PM No comments: