This view of downtown Rochester is one that you will see only rarely, if at all. It took a bit of hunting around to gain access to the spot where I shot from, but it was worth the effort. Of course, there is the ubiquitous Chase Tower [scroll down to earlier posts]. Now several of my colleagues suggested that I crop down from the top, since the crossed contrails are a distraction. While I agree to some extent, I decided to leave them for the Sky Watch posting. Speaking of posting, I will be taking off January. So, Happy New year and I'll see you in February. 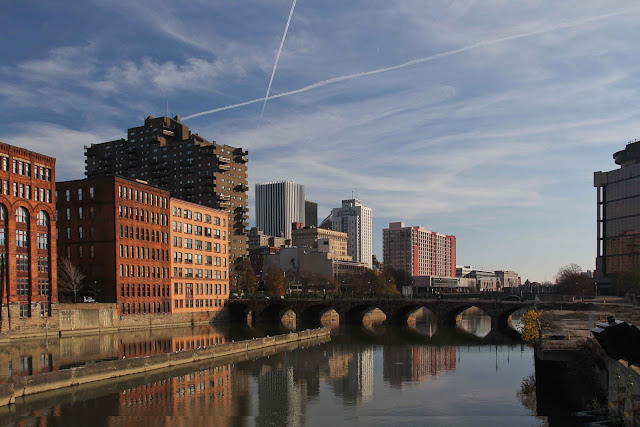 In last week’s posting, I referred to the Chase Tower and its reflections in the factory windows.  Below are some of my ‘up close and personal’ views of this wonderful building and its sweeping lines. One can understand why it is so popular among photographers. Interestingly, one is really not permitted to take photograph of the building when one is on the ‘private property; indeed, I have been chased away by security personnel on a number of occasions. Either you just have to get lucky that they are not around, or take your shots from public property. 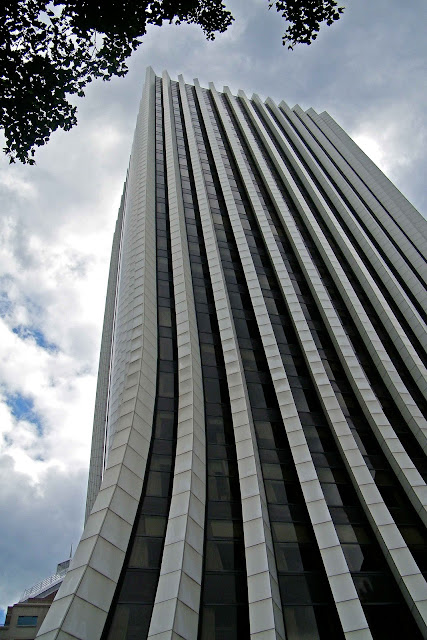 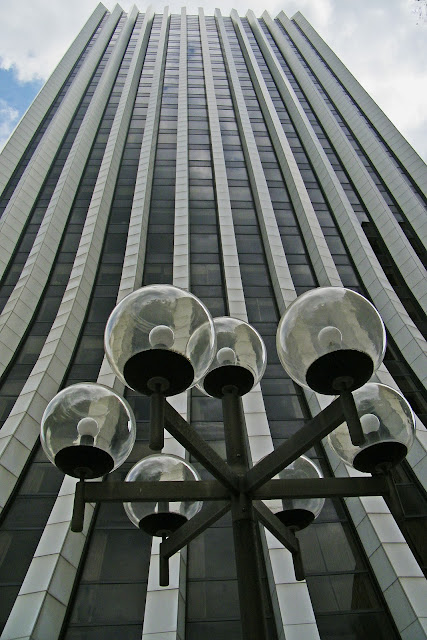 The photo below is a few years old, so the connecting overhead passage no longer exists, as the building it connected with was torn down. 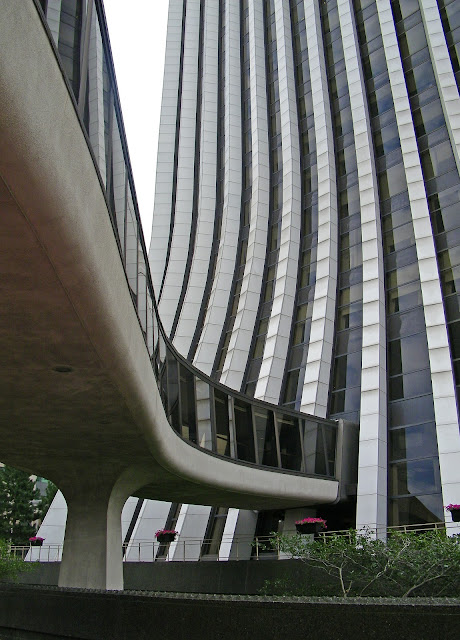 
Here is the last of my Rochester panoramas. In contrast to the ones posted below, the individual images were shot with the camera in the vertical [portrait] rather than horizontal [landscape] position. It adds more of the scene in the vertical -- also, since I did not take as many shots, the aspect ratio [width:height] is not as dramatic as the earlier pics. A few words about some of the buildings here, which were not mentioned previously. The dark glass building has an outdoor elevator [no longer functional] that went up to the 17th floor, where you took another elevator up to a glass enclosed restaurant that slowly revolved. If you had a seat by the outside window, you could see the entire 360 degrees of the Rochester skyline in under an hour. The low-rise prominent complex along the water’s edge is our Riverside Convention Center. {Click to enlarge image.}
The high-rise building [The Chase Tower] to the far right is one of the most photographed structures in town. Look at the reddish brick building on the left -- do you see some wild reflections of the Tower in four of the windows? Those reflections really caught my eye and I had to focus in on them. Below is one of those shots. 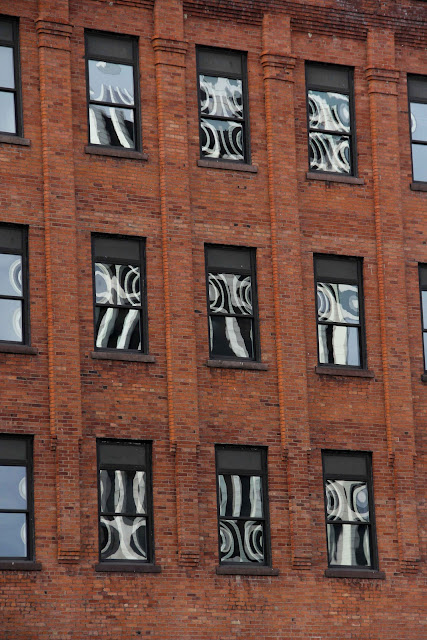 
I thought I'd use Photoshop Elements to develop some new floral species. Here are a few representative images of my early attempts. 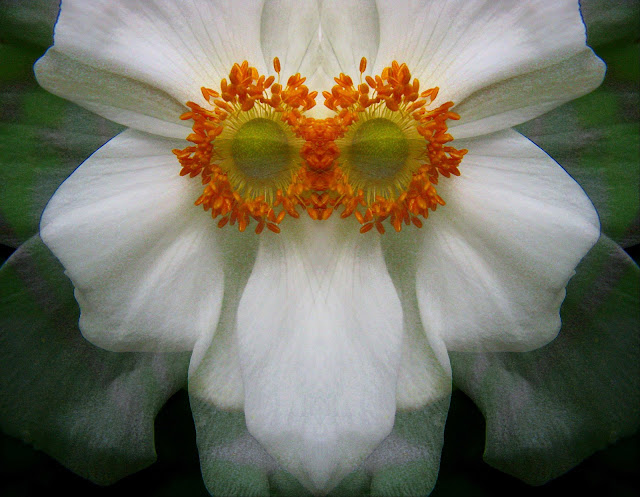 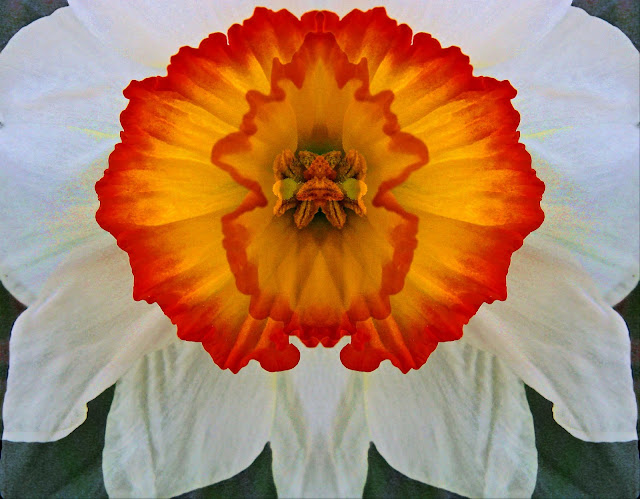 
This panorama was shot at a location different from the one posted a few weeks ago. In the left foreground is our High [Upper] Falls. How many cities can boast of a waterfall located virtually in the heart of downtown? Just right of center is the building for the Kodak headquarters [what’s left of it]. The smokestack to the right of Kodak is slated for demolition.The red building complex off to the far right is the Genesee brewery, one of the survivors of the many breweries that once existed in Rochester.  The blue footbridge, which appears to connect Kodak and the brewery, is Pont de Rennes. Rennes, France, is one of some dozen Rochester sister cities around the world.