This beautiful sky provides a wonderful backdrop for the facade of the Basilica of the Fourteen Holy Helpers [in German, known as Vierzehnheiligen]. This week we travel from Halberstadt, in the former East  Germany, down south close to the town of Bad Staffelstein near Bamberg. The church, in the late Baroque-Rococo style, was constructed between 1743 and 1772. The church attracts many visitors, who have to be reasonably fit in order to traverse the steep climb up the road from the parking lot. However, one is rewarded with this striking view, and an even better interior. 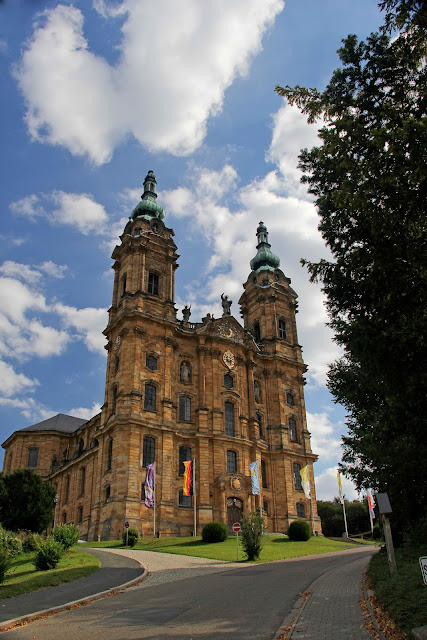 
Well, we were away again and I have fallen even further behind. But, here are two shots taken of the Halberstadt Dom [pronounced 'dome'], St. Stephan's Cathedral, which dates back to the 13th century. Halberstadt is a lovely old city in northern Germany [but, south of Berlin]. Although it suffered massive damage in WWII, there are three churches and a synagogue still standing in the heart of town [I think that much of the original structures actually survived]. Anyway, as you can see from these two images, the sky underwent some dramatic changes, which made it fun shooting. 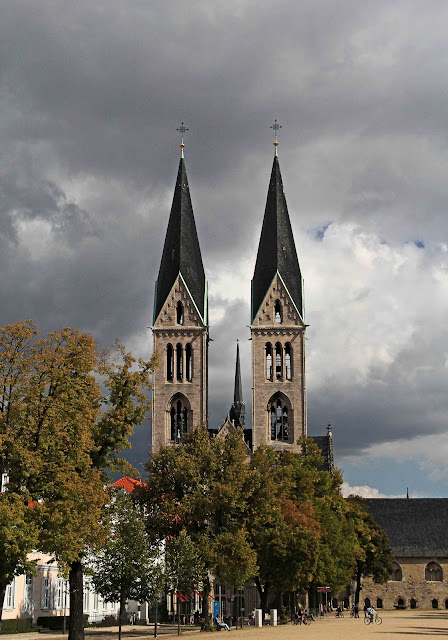 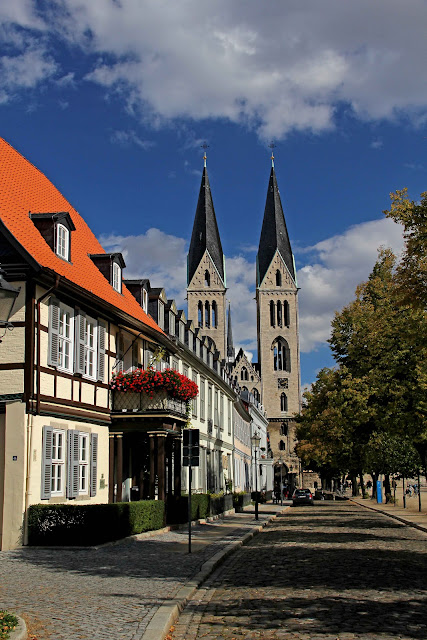 
Rochester has many wonderful places to shoot, but none have quite the grandeur of the Niagara Falls. Fortunately, they are only a relatively short car ride away. So, it's always nice to take visitors there, since there is an endless variety of possibilities for a keen eye. One is frequently rewarded with a rainbow to enhance an image, and this was no exception. However, I have to confess that the sky, nice as it was, is not the subject here. 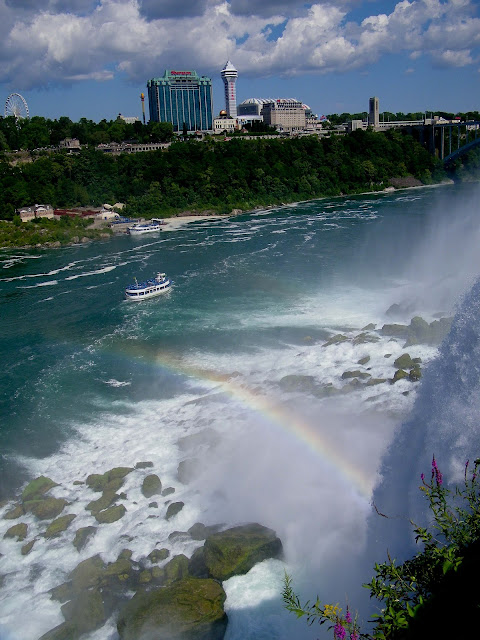