For the Image City Gallery assignment in July, we were instructed to take photographs that emphasized a line(s), but not necessarily ‘leading lines’. Thus, the line(s) is an essential part of the subject. This was an interesting challenge that proved to be manageable. It made me look around in a more focussed manner.
This image below was shot [with my LG4 cell phone] in the heart of downtown Rochester. It is our Liberty Pole, constructed in 1965; a 198 foot stainless steel pole that is supported by a network of steel wires, which forms a triangle about its base. It was designed by a Rochester architect, James Johnson. During the winter holiday season, it is strung with lights and lit up at night. In warmer months, the plaza in which it is located is a great place to sit, chat, enjoy lunch or people watch. 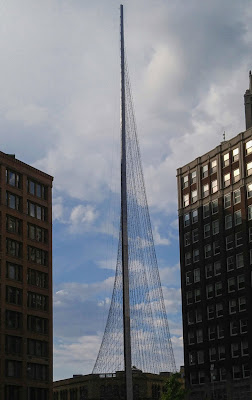 This next image was also shot downtown during an outdoor concert on the last night of the Xerox Rochester International Jazz Fest [16 years and running]. I happened to turn around and the lines I saw just bowled me over. So, as with the Liberty Pole [shot within the same hour], I resorted to my LG4. I don’t know the name of the buildings; but, I will return eventually with my DSLR. 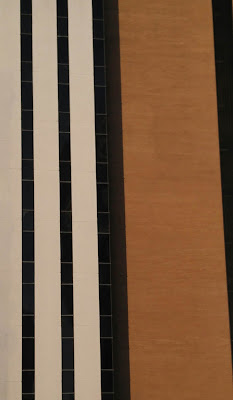 The last image was taken in Cleveland, part of my series on the Frank Gehry building [see my last two postings]. The line reminds me of the bow of a ship. 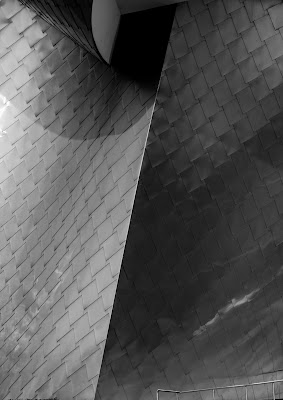 Today’s images conclude my series on Cleveland. Rather than focusing on one particular building, as I have in previous weeks, these shots were made at different locations. The first image is that of a Soldiers and Sailors Monument [commemorating the Civil War] located right in the heart of downtown. It stands in an esplanade that includes an array of water fountains that attracts kids to splash around in. 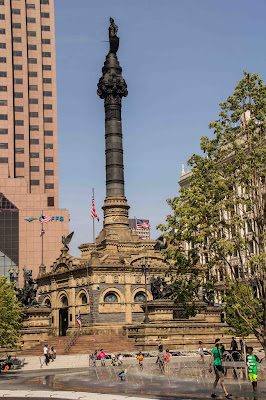 Across the from the monument is the Old Stone Church, whose tower is very reminiscent of Trinity Church in lower Manhattan. That is especially true when viewed between the high rise buildings flanking it. 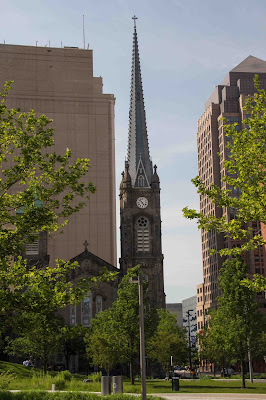 Also in the general area is the Tower City Center, basically an indoor mall with specialty shops, restaurants, etc..  I could not resist shooting the glass cupola. 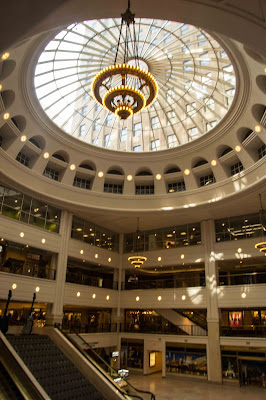 Further along the street was The Arcade Cleveland [nicknamed Cleveland’s Crystal Palace], which opened in 1890 as the first indoor shopping center in America. Today, the Hyatt Regency Hotel occupies the top three levels of the atrium and the two towers. The lower two levels contains retail stores and a food court. 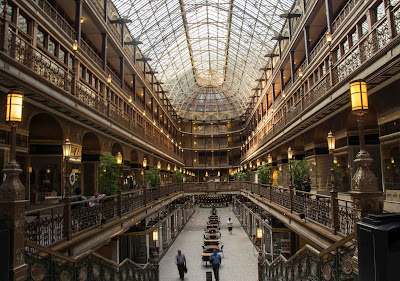 This last image was shot outside the Westside Market, located a few miles west of downtown. It is Cleveland’s oldest public market, and it features over 100 vendors of meats, cheeses, baked goods, vegetables, fruits, dairy, flowers, etc.. It is a great place to shop or just wander through. 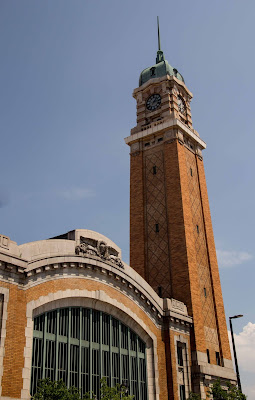 One of the main reasons for our visit to Cleveland was to see the Rock & Roll Hall of Fame. Designed by renown architect, I. M. Pei, the museum is situated along the shore of Lake Erie. It is easily accessible by auto, RTA train or RTA bus. We preferred the latter method because we gained a better view of the museum and lake [although we had to walk a bit further from the bus stop]; in addition, we also had a good view of the train station [image below].  Just a few more words about using the RTA: you cannot pay fares in cash. However, at every RTA station there is an automat [that also accepts credit cards]. And, if you are a senior, I recommend purchasing the all day card option for $2.75 [I think it was option R6]. You can use it repeatedly on all RTA transportation until 3 A.M. the following day. 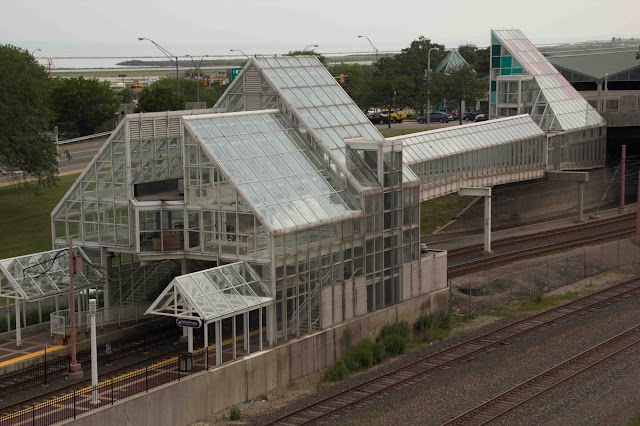 Just a few hundred meters from the station is the museum itself. I will let the shots below speak for themselves. One really has to walk around the whole complex to appreciate its full impact. From one  vantage point, the museum reminded one of the Louvre in Paris. 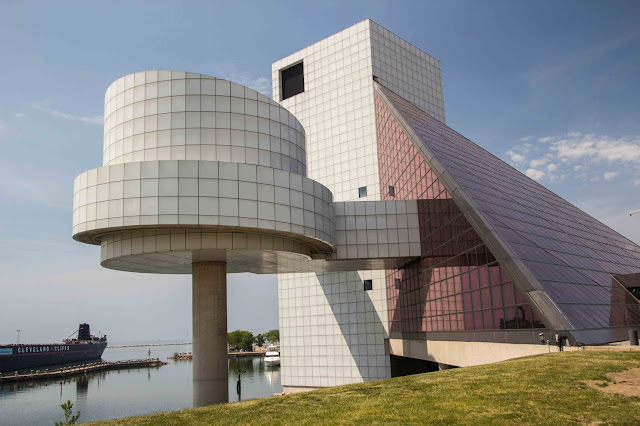 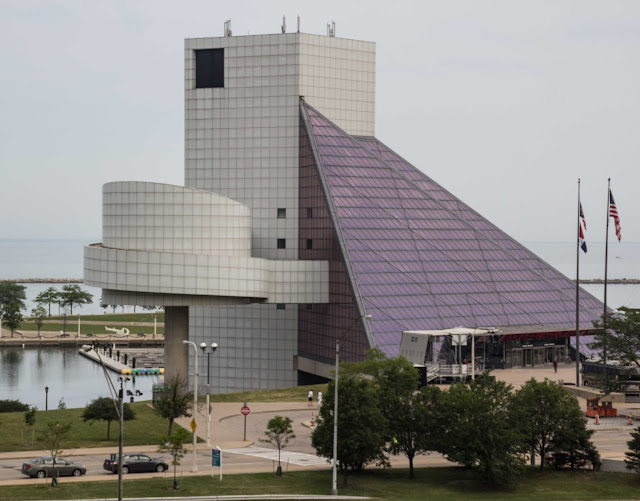 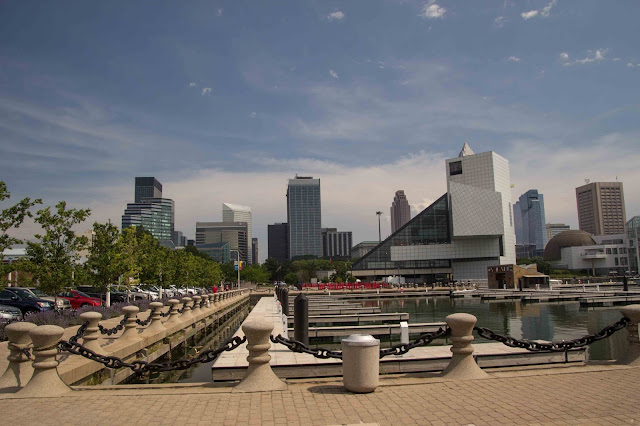