As we proceeded towards Regensburg through the Rhein-Main-Donau Canal, we encountered some of the highest locks along the route. The Captain gave us a heads-up to go up on deck and see this one [a change in water level of over 60 feet ]. 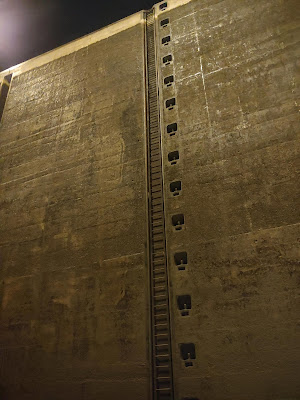 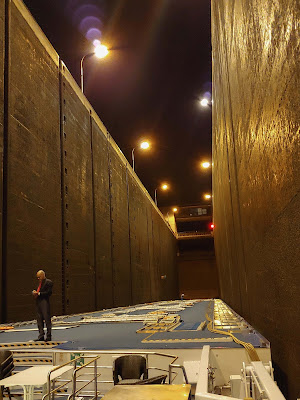 In the morning  we arrived in Regensburg, one of Gemany’s largest and best preserved medieval cities. A long walk along the river took us to the old Stone Bridge, built in the 12th century (Germany’s oldest bridge) at the time the Cathedral was also under construction. As you can see, a lot of other folks were heading in the same direction. 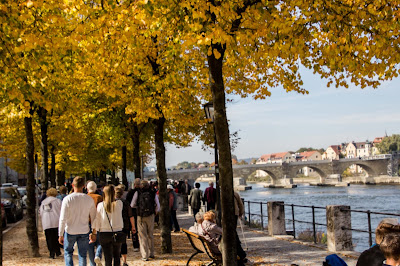 I couldn’t resist getting a shot of this young Bavarian’s hat. 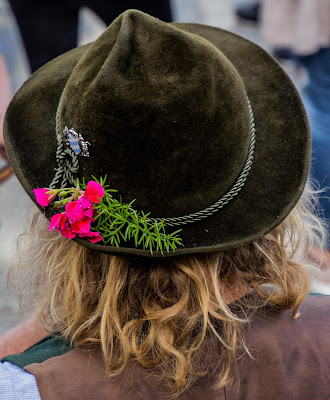 We finally arrived in front of St. Peter’s Cathedral. 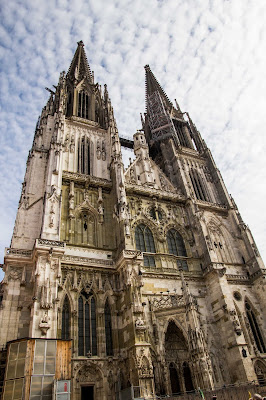 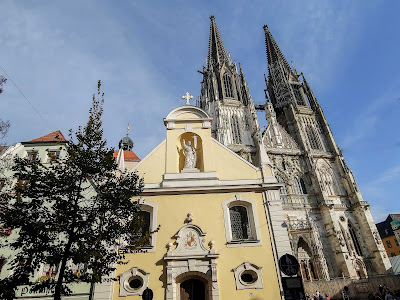 It was just as impressive on the inside. Particularly fascinating for me was the smiling figure [bottom image]. 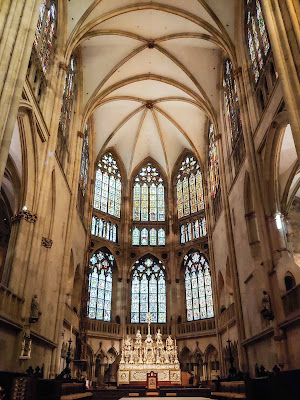 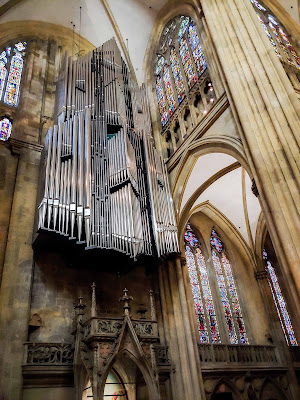 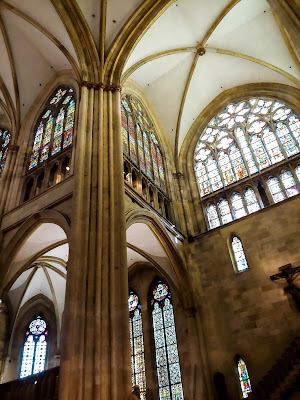 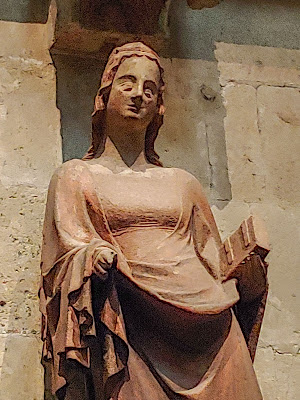 Wandering through the streets there were frequently little surprises, such as a passageway or a sausage stand. The Wurstkuchl, located right next to the old Stone Bridge, is regarded as the oldest takeout restaurant in the world (over 500 years old). I tried their Bratwurstkipfel, a bratwurst on a hard roll with Wurstkuchl’s famous sweet mustard. That was a special treat. 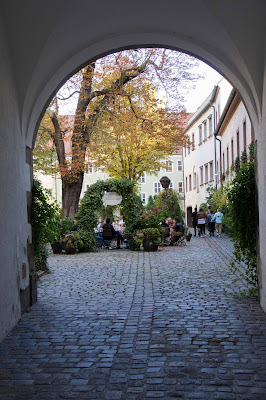 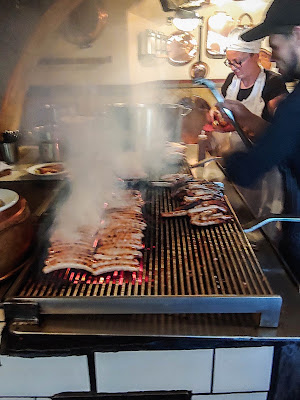