In Regensburg we experienced another glitch in our itinerary. We were supposed to sail from there southward towards München [Munich] and catch the last day of the Oktoberfest. However, once again, the low water level of the river precluded that. So, we made our way there by bus. Our rest stop was at the BMW headquarters and museum [located in the northern part of the city] turned out to be an unexpected treat. 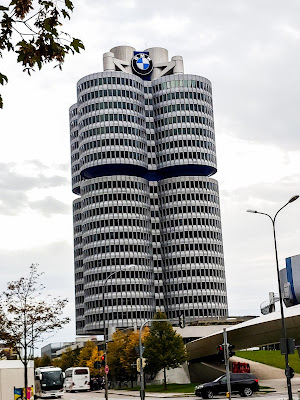 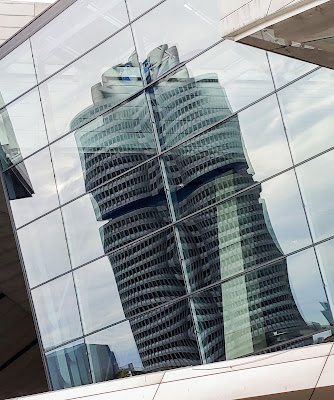 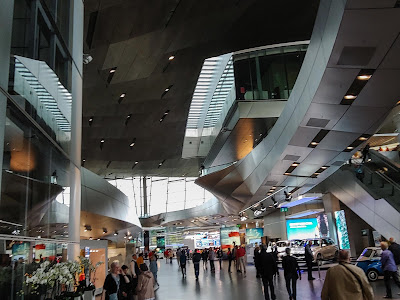 We then proceeded into the heart of town where we parked just outside the Residenz. Across the street was the Italian Baroque-style church, the Theatinerkirche. The lower image is from another time in Munich. It was shot northwards towards the area known as Schwabing; a tower of the Ludwigskirche is visible in the background along with the Siegestor [Arch of Victory]. 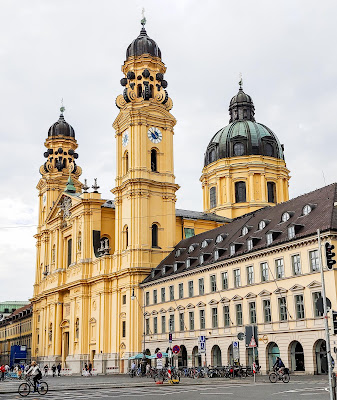 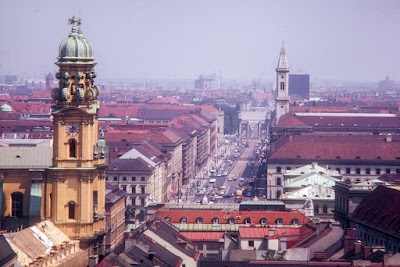 My wife and I again separated from our walking tour to meet a dear old friend, Eva Z., whom we have known since the mid 1960s. The next few photos of iconic structures are also from a previous visit. The double towers of the brick Liebfraukirche are visible from all around the city. It suffered heavy damage in WWII and underwent massive rebuilding. Part of the new City Hall [in neo-Gothic style] is in the foreground of both images. At 11:00 am each day, throngs of people assemble in the square below to listen to its magnificent Glockenspiel and watch a drama unfold. 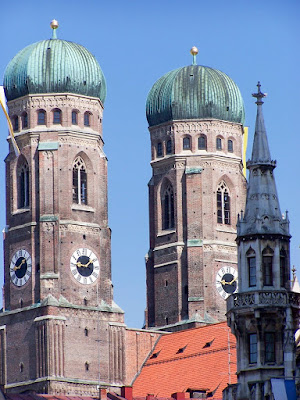 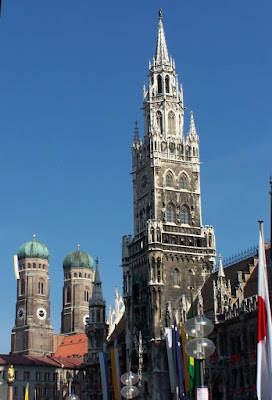 We met up with our tour group in the square and headed by bus out to the Theresienwiese to celebrate Oktoberfest. Unfortunately, we had to park quite a distance from the grounds, so we were obliged to make our way on foot along with thousands of others streaming there from all directions. Suffice it to say, the walk was unpleasant. The 'Wiese', a huge meadow, is a giant fairground filled with beer gardens, carnival rides, food stalls, souvenir stands and masses of people. Wisely, I did not bring my Canon DSLR camera along; also, the crowds were simply too much to bother with cell phone shots. So the remaining images below are drawn from my archive [dating back to 1967]. The Löwenbrau tent exterior [top] and interior [next three] are followed by a ride and souvenir dolls. The bottom image is a directional to the public toilet facilities. The German text translates literally to, ‘There can one - if one must’! More than sixty years later, this figure is still posted at various sites along the grounds. 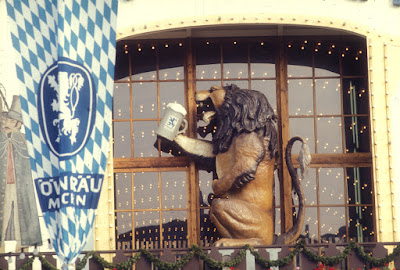 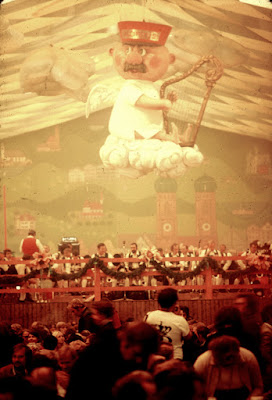 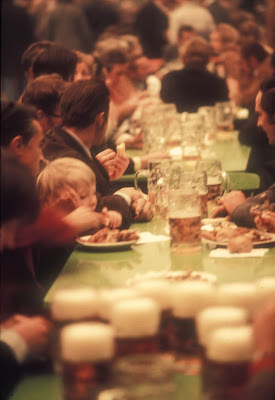 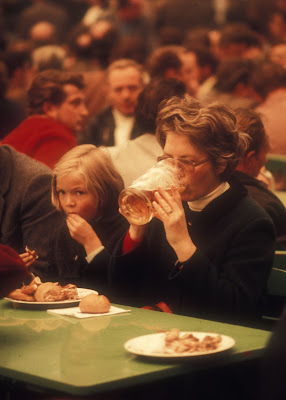 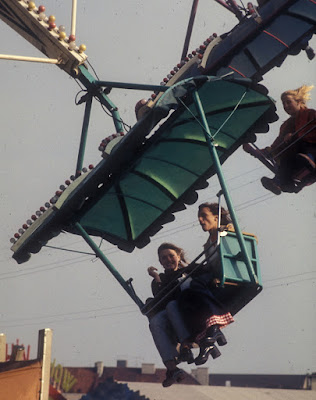 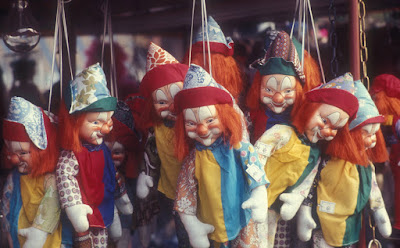 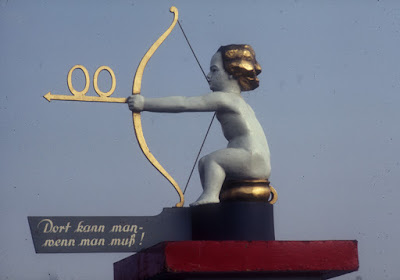 After lunch we trekked back to the buses and returned to our ship still docked in Regensburg...more to follow next week.
Posted by Photos by Stan at 9:35 AM